Salmonella in Kinder eggs: thus it contaminates the chocolate and triggers the infection, according to the German Bfr 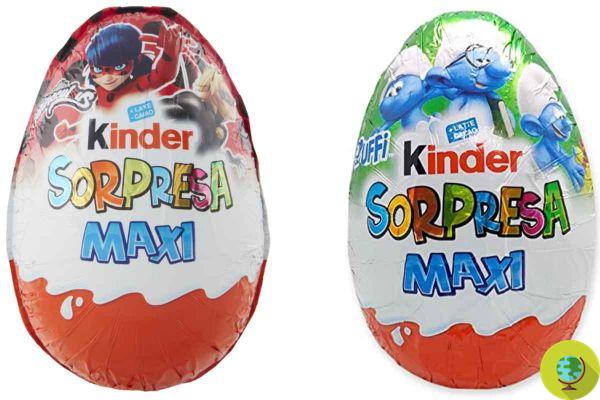 The salmonella outbreak in Kinder products continues to spread and we try to understand how chocolate may have been contaminated by the dangerous bacterium. The German Bfr summarizes everything there is to know about the cases of salmonellosis related to chocolate that have occurred - albeit rarely - in recent years

The European Food Safety Authority Efsa) and the European Center for Disease Prevention and Control (Ecdc) are currently investigating the salmonellosis outbreak related to some Kinder products, sold in several European countries.

But why is chocolate also at risk of being contaminated with salmonella? To intervene on the issue is theFederal Institute for Risk Assessment (BfR) which has collected a variety of information on salmonella cases in chocolate.

First of all, the German Institute recalls that Salmonella, after Campylobacter germs, is the most common bacterial cause of intestinal diseases in Germany. This can be hidden in different foods:

High-risk foods are in particular raw or undercooked meat and derived products, untreated eggs and egg products and plant foods. However, fatty foods like chocolate, which are contaminated with salmonella, can also trigger an infection.

With regard to chocolate, it is specified that:

With chocolate, even small amounts of germs can be enough to cause illness.

This happens, explain the German experts, in that salmonellae remain in the chocolate for a long time protected from fats which contains this food. Once the contaminated chocolate has been consumed, the bacteria arrive in the stomach (characterized by an acidic environment) passing unscathed to the intestine where, still alive, they trigger the infection.

But this is a rare event, there are very few cases in which salmonella has been detected in chocolate.

The Bfr recalls that, from 2012 to 2019, the competent authorities of the German federal states examined about 2500 samples of products containing chocolate, to see if they were contaminated with salmonella. The results showed that the bacterium was not detectable in any of the products.

To find the few salmonella outbreaks that started with chocolate-based products, you need to refer to scientific publications. As for Germany, the last contamination in chocolate occurred in 2001, caused by Salmonella Oranienburg.

The characteristics of salmonella in chocolate

The problem with chocolate seems to be in particular that even a very low charge can trigger the disease:

Depending on the age and state of health of those affected, the minimum infectious dose of Salmonella can be 10.000 - 1.000.000. With chocolate, however, even a low bacterial count is sufficient to trigger the disease.

And there is another important factor:

Salmonella can survive in chocolate for several years. Due to the low water content of chocolate and the protective effect of fat, it has a high heat resistance.

There are nearly 2700 different Salmonella serotypes, some are more common in chocolate than others. Among these there is Salmonella typhimurium, the one that contaminated the Kinder from the Belgian factory of Ferrero.

But at what point in production could the contamination have occurred? In a previous article we asked a food technologist to formulate some hypotheses. Read also: Salmonella in the Kinder plant already in December, but how was this possible? The hypotheses of the food technologist

Salmonella: not only Kinder eggs, in these areas the alarm for drinking water is triggered ❯

add a comment of Salmonella in Kinder eggs: thus it contaminates the chocolate and triggers the infection, according to the German Bfr