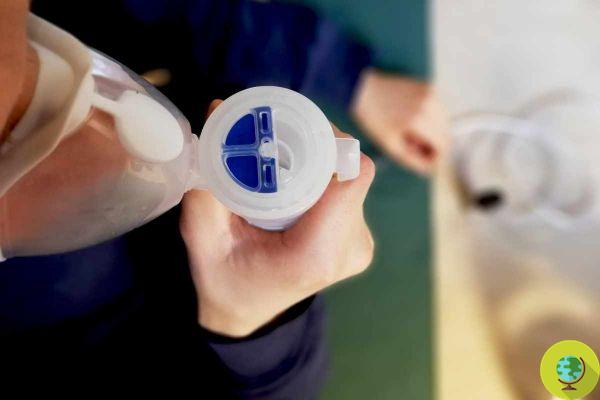 A tobacco company that makes money by treating the same diseases caused by cigarettes, the PMI paradox.

It is called "Beyond nicotine", "Beyond nicotine", and it is the "journey of transformation" - as they themselves like to call it - undertaken by Philip Morris International (PMI) to achieve the phasing out of cigarettes and the development and marketing of less harmful alternatives to smoking. A dream approach from such a behemoth? Most are convinced of it, but from the multinational that controls Marlboro they are ready to swear that things are really changing.

And they are confirming it once again in recent days, following the acquisition of an additional stake from the British manufacturer of medical inhalers Vectura. That is, Philip Morris invests in the treatment of asthma and lung diseases.

Not a small paradox, so much so that Kwasi Katenghash, the British minister of economy, has given a mandate to officials of the department to investigate the true intentions of the multinational, while an open letter signed by 35 health charities and public health experts has urged members of Vectura's board of directors to decline the takeover offer from Philip Morris International.

The signatories to the letter, led by Asthma UK and the British Lung Foundation, said an agreement "could significantly hamper Vectura's product research and development capabilities" and asked them to reject the sender "an offer that presents strong entrepreneurial risks and many ethical doubts ". Separately, the British Thoracic Society, an anti-smoking charity, has called for a ban on the deal, describing the inadequacy of the deal as an "unsolvable ethical conflict."

A tobacco company that makes money by treating the same diseases caused by cigarettes, that's the charge.

And not only that: the groups have warned that the acquisition of SMEs would jeopardize Vectura's ability to access government grants from more than 180 countries around the world, which, as part of the United Nations Treaty on Tobacco Control, have agreed to reduce the influence of the tobacco industry on health policy.

The World Health Organization describes the tobacco epidemic as "one of the greatest threats to public health the world has ever faced". The United Nations health agency says smoking, including secondhand smoke, kills more than 8 million people a year. Philip Morris International, for its part, has repeatedly touted its "smoke free" actions, but - in fact - the vast majority of its income still comes from cigarettes. There is something wrong.

The European Parliament denies authorization for thrombin, the enzyme that "rebuilds" the steak ❯

add a comment of Philip Morris' paradox: he invests in medical inhalers but still sells billions of cigarettes