Peti health spies: here's what they reveal about your gut 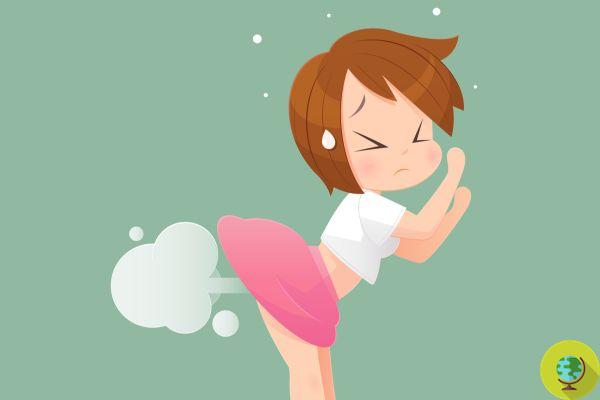 Farting: Although they can be embarrassing at times, especially if you are not alone, they are a sign of healthy bowel activity

Farting: even if at times it can be embarrassing, especially if you are not alone at the time of the issue, in reality they are a sign of healthy intestinal activity if regular or a sign of disorders or real diseases of the digestive system if altered. Therefore, never underestimate them.


Much research has been done on flatulence, which is the production of intestinal gas commonly known as fart, sometimes referred to as a possible source of energy, especially if emitted by cows, which seem to produce a significant amount for the purpose.

In 2014, an Exeter University study even claimed that intestinal gas could be the basis of new therapies against cancer, stroke and heart attack, thanks to the hydrogen sulphide contained in them. In reality, the study was never confirmed, nor was any indication given on how to allow the acid produced by the farts to interact with the cells from the outside to provide them with the beneficial effects found.

However, science has amply demonstrated that flatulence can provide us with information on our digestive system and in particular on the intestinal tract. Here are the most common characteristics of our farts, some of which, if altered, should be communicated to the doctor because possible spies of pathological conditions.

A frequency of farts considered normal ranges from 14 to 23 farts per day, for a quantity of gas that can vary from half a liter to two liters per day. A very distant number can reveal a pathological condition.

In fact, having the need to emit a much higher quantity of gas than normal can indicate lactose intolerance, irritable bowel syndrome, intestinal inflammation, gastroesophageal reflux, problems that cause constipation or in more rare cases a gastic ulcer.

Of course, anyway, those who follow one particularly high-fiber diet, such as vegetarian or vegan, will tend to produce a higher amount of gas, but in this case, unless really excessive production, the explanation is in the diet itself.

Farts are never scented and this is perfectly normal. Most intestinal gas is in fact odorless (hydrogen, nitrogen, oxygen, carbon dioxide, and sometimes methane), but it may happen that, due to the bacteria present in the intestine, it is produced hydrogen sulfide, characterized by a decidedly unpleasant odor.

When this acid is emitted excessively, our farts exhibit an unbearable odor and this can also indicate digestion problems. The compound is in fact generated by bacteria normally present in the colon, but, if this production is higher than the norm, there is most likely an intestinal problem to investigate.

Eye (and nose) to the farts then.

Pesto di Portulaca, the no-cost recipe to fill up on Omega 3 ❯

add a comment of Peti health spies: here's what they reveal about your gut