Melanoma: What happens to skin cancer by taking at least 5 grams more fiber per day 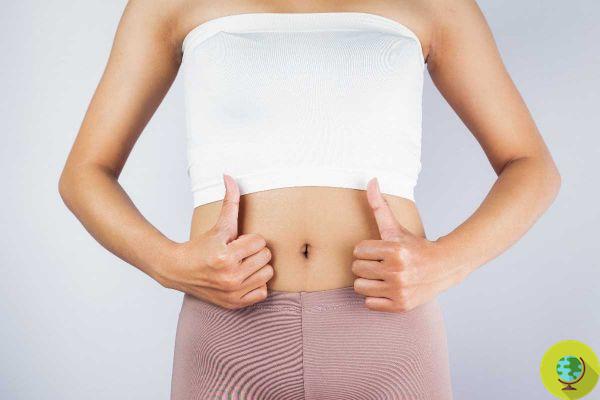 According to a study, the daily intake of dietary fiber improves the response to immunotherapy treatment in patients with melanoma

According to a study, the daily intake of dietary fiber improves the response to immunotherapy treatment in patients with melanoma


Uno study observational found a link between a high intake of dietary fiber and improved immune therapy responses for melanoma, a type of skin cancer.

In fact, every 5-gram increase in daily fiber consumption was associated with a 30% lower risk of progression or death from the disease. The benefit was greater in people not taking probiotic supplements; those who responded well to treatment tended to have two particular types of bacteria in their gut.

The health benefits of dietary fiber

Fiber in foods such as fruits, vegetables, and whole grains has a range of health benefits. In fact, high-fiber diets are associated with better weight control and at a lower risk of developing heart disease o diabetes. People who eat a lot of fiber also tend to have one better intestinal health, partly due to the effects on the community of microorganisms living in the gut, known as intestinal microbiota. (Read also: Microbiota Vs Microbiome: What's the Difference and Why You Should Care for Both)

Over the past decade, scientists have found multiple links between the microbiota and health, particularly due to interactions between bacteria and the immune system. Several studies show that gut microbes influence people's response to immune therapy for cancer, but there is less research on the contribution of diet and probiotic supplements. Current research has shown that i intestinal microbes affect the response to immunotherapy treatment, but the role of diet and probiotic supplements has not been well studied.

The impact of fiber on cancer

The new observational research found that people with melanoma who ate a high-fiber diet responded better to therapy. These patients were significantly more likely to survive without their cancer getting worse after about 13 months of treatment. Once the researchers took into account other clinical factors, they found that a 5 g increase in daily dietary fiber intake was associated with a 30% lower risk of cancer progression or death.

Interestingly, people who ate sufficient amounts of fiber but didn't take probiotic supplements seemed to get the most benefit from the treatment. Scientists found that those who responded well to immune therapy had a greater abundance of a family of bacteria called Ruminococcaceae, and a species called Faecalibacterium prausnitzii in their intestines: these bacteria help digest fiber and starch.

The differences between people who responded and did not respond to treatment were significant even after the researchers took into account other factors affecting the microbiota, such as body mass index (BMI), age and use. of antibiotics.

Linking dietary fiber and use of probiotics

The researchers asked 128 people with melanoma to complete a questionnaire to evaluate their diet and use of probiotic supplements over the past month. They also measured the relative abundance and diversity of bacterial species in their gut by analyzing fecal samples. These people were starting anticancer drugs, called immune checkpoint inhibitors, which prevent immune cells from shutting down before killing all cancer cells.

For the purpose of the study, the scientists defined the "sufficient" daily intake of dietary fiber as at least 20 g of fiber from fruits, vegetables, legumes and whole grains. Only 37 of the 128 people met the criterion. After 13 months of treatment, these individuals were significantly more likely to survive without their cancer progressing.

Perhaps due to the small number of study participants, there is no statistically significant link between probiotic use alone and response to treatment. As an observational study, the research has not been able to show that dietary fiber is directly responsible for any improvements in response to treatment, or that probiotics reduce its benefits. Additionally, the researchers had to rely on people's ability to accurately remember the types of food they ate and their use of probiotic supplements.

According to the researchers if you have a sufficient dietary intake of fiber, taking commercially available probiotics could damage the response to cancer immunotherapy. The reason? Probably the bacteria in the probiotics could disrupt the gut microbiota. Obviously, more research is needed, as cancer is a complex disease and any interventions used to complement treatments should be studied carefully and extensively.

add a comment of Melanoma: What happens to skin cancer by taking at least 5 grams more fiber per day