Mandrake, the “magic” plant: properties, uses and side effects

Since ancient times the mandrake has been considered a magical plant with particular properties but to be handled with great care as it is not free from very heavy side effects. So let's find out what are the uses and all the particularities of the mandrake.

Since ancient times the mandrake was considered a magical plant with particular properties but to be handled with great care as not without side effects also very heavy. So let's find out what they are the uses and all the particularities of the mandrake.


La Mandragora officinalis (or Atropa mandragora) is part of the family of solanaceae and the shape of its roots is somewhat reminiscent of that of the human body. It is probably because of this anthropomorphic aspect that in ancient times the plant was the object of great attention and was considered to be magical and with medicinal virtues.

Read also: ARTEMISIA: PROPERTIES AND ALL THE TRUTH ABOUT THE "MAGIC" ANTI-CANCER GRASS

The first traces of the use of the mandrake can be found as early as ancient Greece where it was used in particular to promote sleep, a root was placed in the room for this purpose or added in small doses in food or wine. In fact it is also mentioned in the Bible as an aphrodisiac remedy and against sterility. Precisely this alleged property of his was also taken up by in the burlesque comedy "La Mandragora ”, the work of Niccolò Machiavelli.

In ancient times the Mandrake was also used as amulet to propitiate luck, especially in love but also health and wealth. In this case the root had to be carved in a certain way and carefully stored in the house or taking it with you.
Along with belladonna and datura stramonium, the mandrake was also considered in the Middle Ages a root dear to the "witches" as endowed with hallucinogenic power. In fact, all kinds of potions were made with this plant.

Read also: THE HERBS OF THE WITCHES AND THE ABILITY TO FLY TO FLY

But let's now discover the properties of this plant. 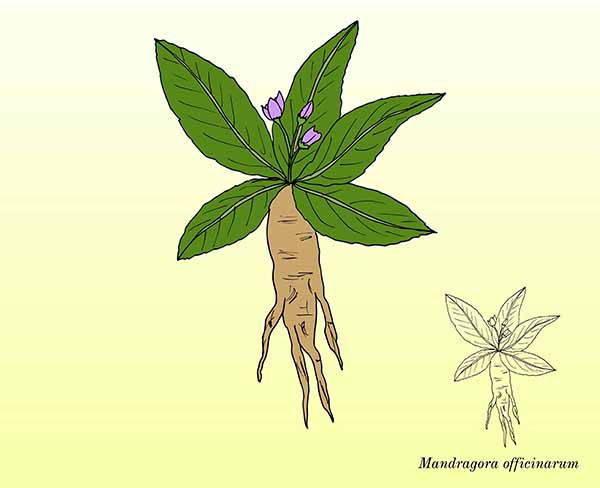 THE PROPERTIES OF THE MANDRAGORA

Among the main properties of the mandrake is the ability to induce a state similar to that of the Rem phase of sleep therefore, thanks to some active ingredients contained in it, the plant has narcotic and sedative power (also against cough). Other properties are the analgesic ability, therefore the pain-reducing effect for example in case of intestinal cramps or toothache and according to ancient medical tradition, offers benefits also in the sexual sphere.

The mandrake would in fact be able to increase sexual desire and potency but it would also show itself useful to fight the problems of infertility.

Compared to all the "magical" qualities that were attributed to this plant in ancient times, modern science has made more clarity. In fact, they have been identified active principles such as scopolamina,atropine and josciamina, used in some drugs with a very precise dosage unlike what happened in ancient times when the use of this plant was at the discretion of those who handled it.

In summary, the mandrake is:

However, we must be very careful to use the mandrake in phytotherapy as it is an extremely toxic plant (see contraindications). Do-it-yourself is prohibited more than ever since there are remedies that offer the same properties in the face of greater results and fewer risks. But it also exists the homeopathic remedy, easier and safer to use even if always of medical relevance. 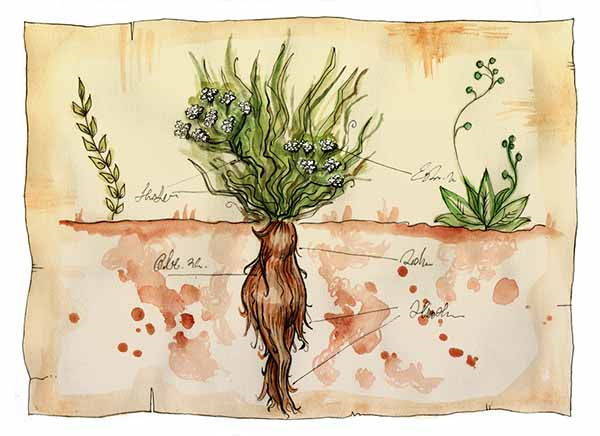 As we have said, the uses of the mandrake are lost in the mists of time. This plant was mainly used for to sleep but there are many other possible uses, which today are carried out in particular in the field of homeopathy where the remedy exists mandragora officinalis in different dilutions.

You can choose to use this remedy (always under the prescription of a homeopathic doctor) in case of:

the mandrake it is a toxic and inedible plant since contains alkaloids, the same ones that are also found in Belladonna, another poisonous plant. When taken in high doses, mandrake provokes hallucinations, vomiting and gastrointestinal problems, tachycardia, high blood pressure, convulsions and in extreme cases even death.

If you collect wild herbs be careful not to confuse the mandrake (inedible) with borage (edible). The mandrake unlike borage has smaller leaves and practically devoid of hair, lacks stem and has roots that resemble the shape of the human body. If in doubt, however, avoid picking wild herbs or do it in the company of an expert. 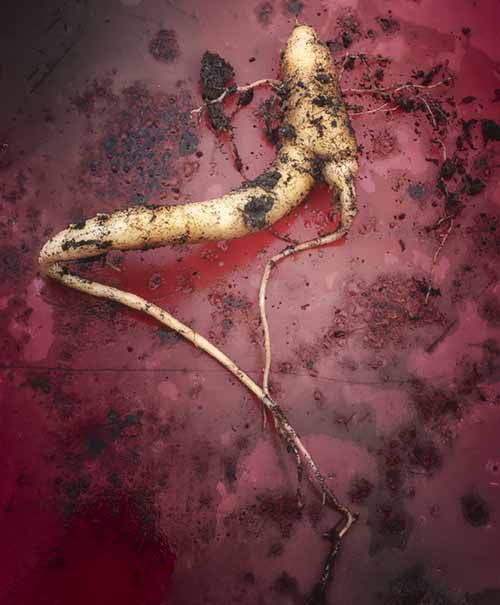 The mandrake was in all respects part of the plants considered magical and linked to a whole series of popular beliefs to which people were very attached. Given that the roots of the mandrake had, according to the time, the appearance of a woman, a man or a child, the legend of the weeping of the mandrake that you could "feel" when the plant was uprooted and even capable of killing. To avoid risks, the safest method of collecting it was, as Machiavelli also writes in his comedy, tie her to a dog's leash that once free he would have pulled her and then removed her from the ground, killing her quickly and thus preventing her from crying too.

We will eat locusts: definitive EU green light for the second insect on our tables ❯

add a comment of Mandrake, the “magic” plant: properties, uses and side effects