Magic mushrooms: mushrooms to expand the mind and treat depression? 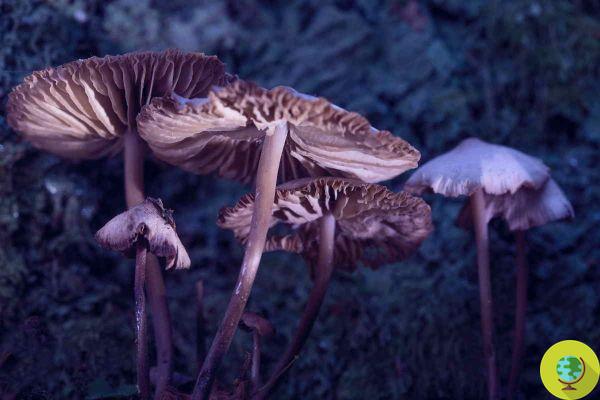 Psychedelic drugs such as LSD and hallucinogenic mushrooms are capable of profoundly altering the way we experience the world, but little is known about what physically happens in the brain. How do they spread our minds? And what kind of usefulness can they have?

Le psychedelic drugs such as LSD and hallucinogenic mushrooms they are capable of profoundly altering the way we experience the world, but little is known about what physically happens in the brain. How do they spread our minds? And what kind of usefulness can they have?

New research, published in Human Brain Mapping, examined the brain effects of the psychedelic chemical called hallucinogenic mushrooms psilocybin, using data from brain scans of some volunteers. What he found is really interesting.

The study found that under the'effect of psilocybin, the activity of the brain network connected to the most primitive brain, the one related to emotional thinking, has become more pronounced, with several areas active at the same time, such as the hippocampus and the anterior cingulate cortex. This pattern of activity is similar to that observed in people who are dreaming. In contrast, the volunteers who had taken psilocybin had more disjointed and disorganized activity in the brain network that is linked to high-level thinking, including self-awareness.

Psychedelic drugs are the only psychoactive chemicals related to the so-called 'expanded consciousness, which includes advanced associations, vivid imagination and dream states. To explore the biological basis of this experience, the researchers analyzed brain imaging data from functional magnetic resonance imaging (fMRI). The volunteers were treated with both psilocybin and placebo.

"What we have done in this research is begin to identify the biological basis of mind expansion, reported and associated with psychedelic drugs - explains Dr Robin Carhart-Harris, of the Department of Medicine at Imperial College London - I was fascinated to see similarities between the pattern of brain activity in a psychedelic state and the pattern of brain activity during dreams, especially as they both involve primitive areas of the brain related to emotions and memory. People often describe taking psilocybin as producing a dream state and our results have, for the first time, provided a physical representation for the brain experience. "

Learning about the mechanisms behind what happens under the influence of psychedelic drugs can also help you understand their possible uses. In fact, researchers are currently studying theeffect of LSD on creative thinking and the possibility that psilocybin may help relieve symptoms of depression, allowing patients to change pessimistic thinking.

Magic Mushrooms: One dose of psilobycin is enough to become uninhibited and help depression

add a comment of Magic mushrooms: mushrooms to expand the mind and treat depression?