Long live the grapes! Its antioxidants protect against Alzheimer's 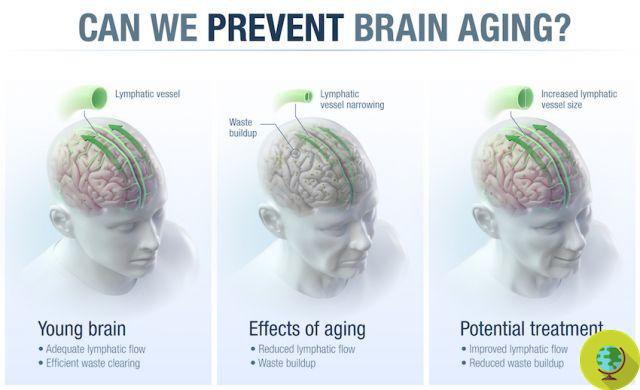 Alzheimer and diet. Many studies have now highlighted how a correct diet can help prevent even a neurodegenerative disease such as Alzheimer's. Now new research puts the spotlight on the consumption of grapes, which antioxidants they would improve blood flow and memory.


According to a pilot research, in fact, conducted by the University of California at Los Angeles on ten patients, consuming the equivalent of two cups a day for six months decreases, in people who already have early memory decay, the metabolic decline of areas of the brain related to Alzheimer's.

READ ALSO: ALZHEIMER: PROTEIN THAT COULD AVOID DAMAGE TO MEMORY

THE STUDY - The researchers divided the participants into two groups: the first hired grape powder (equivalent to over two cups of grapes a day), the second a placebo, similar in appearance and taste but free of polyphenols.
The test results revealed that those who had not consumed grapes had had one good decrease in metabolism in critical regions of the brain linked to Alzhemeir's disease. Conversely, grape consumers showed positive changes in brain metabolism related to improvements in learning, attention and memory.

The secret? Most likely, experts say, lies in grape polyphenols, which have well-known antioxidant and anti-inflammatory properties.

From the reduction of oxidative stress to a healthy blood flow, grapes also have the special power of protect brain health.

Woga: what it is, what it is for and all the benefits of aquatic yoga ❯

add a comment of Long live the grapes! Its antioxidants protect against Alzheimer's