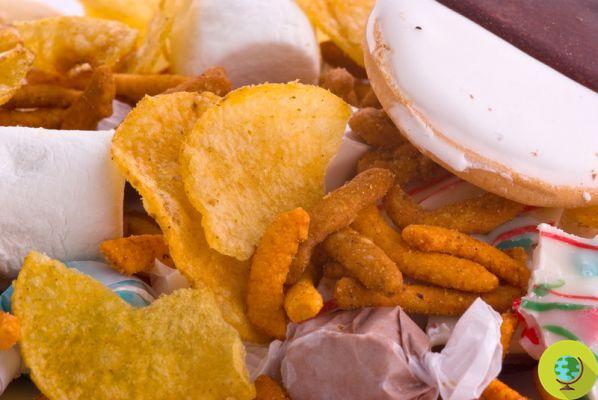 This was discovered by a study conducted by Goldsmiths University of London. The research led by Dr. Sophie von Stumm from the Department of Psychology investigated the potential connection between infant nutrition and intelligence in relation to socio-economic status as well (HIS). And the close which the experts have come from is one of those from do not forget.

The study looked at the type of impact of the grass main daily of 4 Scottish children on their cognitive abilities. For this reason, the foods purchased at fast food with those cooked at home. The children were between the ages of three and five. The results showed that food has a significant impact on their IQ, albeit in part mediated by the effects of SES on their intellectual development.

Indeed, according to the research, parents with a high socioeconomic status (SES) have reported giving to their children meals prepared with fresh ingredients more often, which positively affected their IQ. Conversely, a lower SES was linked to a higher frequency of fast food meals for children, and consequently to a lower IQ. In other words, one of the reasons why higher SES correlates positively with IQ is that it increased the likelihood of providing a Healthy diet to the children.

According to the study coordinator Sophie von Stumm, the research only looked at the effects of specific food groups on children's IQ rather than the generic types of meals consumed. In any case, he provided "concrete evidence" to support the reduction in the amount of fast food meals consumed among children: "The results show that the differences in meals for children are a social problem, mothers and fathers from disadvantaged backgrounds often they have less time to prepare a cooked meal from scratch for their children. The latter have obtained lower scores on intelligence tests and often have difficulties in school ”.

Healthy food, as an alternative to Mc Donald's, to have healthy and intelligent children, despite what we read about some school books...

The study was published in Science Direct.