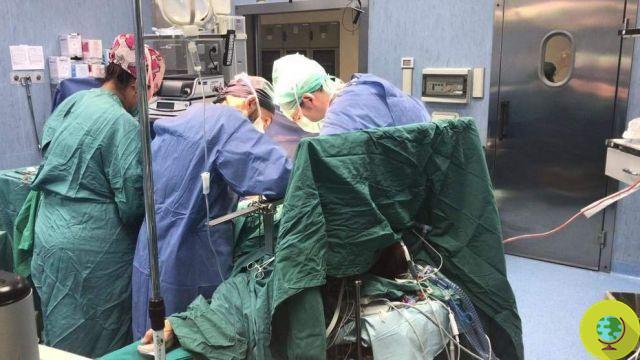 The first ablation of atrial fibrillation with the use of hypnosis for analgesic purposes was carried out in Savona.

A real hypnotic induction before an intervention to drastically reduce the use of anesthetic and analgesic drugs. It happened at the San Paolo Hospital in Savona, where for the first time an operation for ablation of atrial fibrillation was carried out with the use of the hypnosis for analgesic purposes.


Thanks to the collaboration with the Arrhythmology Center of the Cardinal Massaia Hospital in Asti, Luca Bacino, firmly convinced that the use of drugs can be greatly reduced during the introduction to Savona, of the use of hypnosis in clinical practice. anesthetics and analgesics and make the procedure even more tolerated.

"L 'ablation of atrial fibrillation it is an intervention that allows to cure episodes of arrhythmia and consists in carrying out, through cardiac catheterization starting from the femoral veins, the electrical disconnection of the pulmonary veins in the left atrium of the heart with the use of radiofrequency energy causing a stable modification of the electrical characteristics of the heart ”, explain the doctors in a note.

All this means that it is a more or less long intervention (it can even exceed three hours) and that it generally requires local and systemic pharmacological polytherapy for analgesic and anesthetic purposes.

“Thanks to hypnosis during surgery it is possible to drastically reduce the use of anesthetic and analgesic drugs and make the procedure even more tolerated - concludes Bacino. Clinical hypnosis is still little known and little applied in the medical field and especially during interventional cardiological procedures for analgesic purposes, but its potential is extraordinary, as it is possible to minimize the use of conventional drugs and also the procedure is made much more tolerable ".

A big news at an international level, therefore, and now it is hoped that the use of hypnosis in electrophysiology can be increasingly extended.