If your hair falls out, it's the smog's fault: new research reveals it 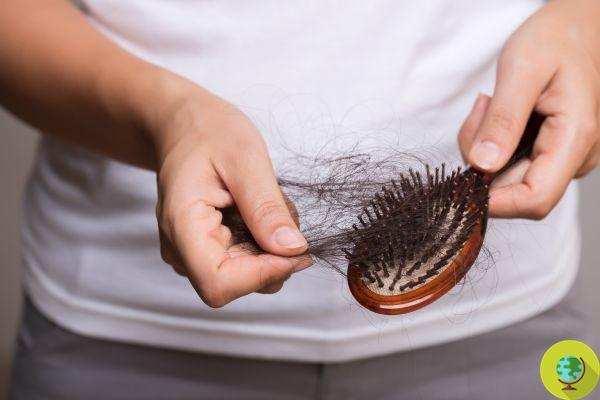 If your hair falls out, it's the smog's fault, reveals new research according to which the fine particulate matter PM10 is to blame.

La hair loss it is a very widespread problem but it was not yet known that it was (also) smog that caused it. To say it were some researchers from South Korea according to which the fault would be the fine particulate PM10, which reduces the production of proteins essential to make them grow.


The study, conducted by Hyuk Chiu Kwon, was presented in Madrid on the occasion of the Congress of the European Academy of Dermatology and Venereology (EADV), where the link between hair loss and air pollution due, for example, to gasoline and diesel fumes, mining, combustion of fossil fuels, production of cement, bricks, ceramics.

Scientists achieved this by exposing cells, for 24 hours, to varying concentrations of PM10-like diesel particles and dust. Then they used a technique called "western blotting" to verify what happened: PM10 and diesel particulate matter had reduced the levels of β-catenin, cyclin D1, cyclin E and CDK2, proteins that help hair grow. Which gets worse when the smog increases.

"While the link between air pollution and serious diseases such as cancer, COPD and CVD is well established, there is hardly any research on the effects of particulate exposure on human skin and hair in particular," said Hyuk Chul. Kwon, team leader - Our research explains how air pollutants work on human follicle dermal papilla cells, showing how the most common air pollutants lead to hair loss. "

Reason why hair grows less and tends to fall out more. Not to mention all the health consequences of smog already brought to light by other studies. In particular, the research conducted by the hair transplant surgeon Rajendrasingh Rajput had already highlighted how pollution caused an increased sensitivity of the scalp, causing itching, dandruff and excess fat. All symptoms that increase hair loss due to scratching or irritation from airborne pollutants.

Hence the importance, first of all, of proper hair hygiene with regular washes to keep the hair and scalp free from excess pollution. In addition, to counter the effects of smog, the scholar recommends wearing hats to protect yourself from exposure to the particulate and reduce damage through styling at low temperatures.

If you are irritated by chalk on the blackboard or by chewing loudly then you suffer from Misokinesia as a third of people. ❯

add a comment of If your hair falls out, it's the smog's fault: new research reveals it