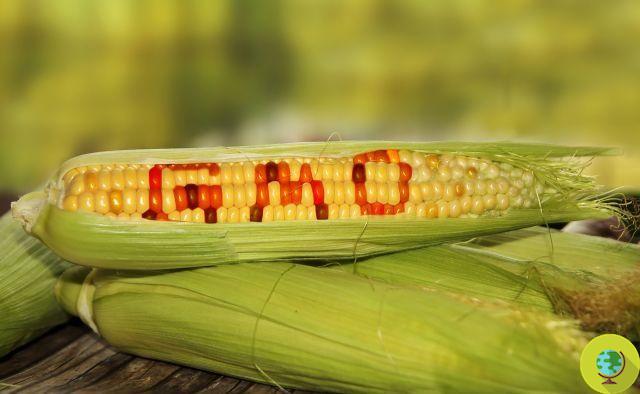 Will the research conducted by French scientists on the toxicity of GMOs be able to scare the biotech multinationals? The controversial French study conducted under Seralini's leadership has been republished. At the heart of it we find the possible link between GM maize, exposure to herbicides and cancer risk.

Research conducted by French scientists on the toxicity of GM they will manage to intimidate the multinationals biotech? The controversial I study french carried out under the guidance of Seralini was republished. At the heart of it we find the possible link between GM maize, exposure to herbicides and cancer risk.

Seralini's study was withdrawn in December 2013 by the same scientific journal that originally published it: Food and Chemical Toxicology. But the French scientists returned to the attack and decided to republish their work online. The study now appears in the journal Environmental Sciences Europe of the German Springer group.

The French researchers deny the allegations that have overwhelmed them over the past two years e the data collected is now in the public domain, so that others can examine them. In their opinion, it was a real episode of censorship, which does nothing but undermine the value and credibility of science on a subject as sensitive and risky as the link between technology and food safety.

When the study shocks it was published for the first time, in September 2012, he gave birth to a heated debate on GMOs. His authors, led by Gilles-Eric-Seralini, a professor at the University of Caen, Normandy, argue that rats exposed to the Monsanto NK603 GMO corn anderbicida Roundup, based on glyphosate, they developed tumors to the mammary glands and liver and kidney diseases.

As early as 2012, other scientists had argued that the study was flawed and their opinion would not change with its republishing. Monsanto NK603 corn was designed to be immune to Roundup herbicide to allow farmers to get rid of weeds applying this product without damaging the crops.

According to the French researchers, Roundup herbicide and GMOs resistant to it must be considered gods hormonal interferences. Furthermore, in their opinion, current scientific assessments regarding GMOs and health are extremely lacking.

The new publication of the study allows that science can claim its rights against the pressures of multinationals of the sector, which seek to repress the opinions against GMOs. In defense of their study, the French scientists said it was the first to be conducted on laboratory rodents for a duration of 2 years, instead of the usual 90 days. The scientists' goal, however, was precisely to assess the toxicity of Roundup and GM maize in the long term.

They also pointed out that the study was designed to test the GM corn toxicity and Roundup herbiciderather than to pinpoint the causes of cancer. Critics of the research argue that the number of rats tested was too small and that their diet was changed compared to natural food intake.

Furthermore, they would have been used rats very prone to developing tumors, especially in old age. Seralini had previously replied to this criticism, underlining that he had selected his own the same type of rats chosen by Monsanto per test and guarantee the safety of its GMO products.

Despite this, the criticisms continue and point above all to the fact that republishing the study in an open source journal would not confirm its scientific validity. This is a very sensitive subject and more research will certainly be needed to identify any negative effects of GMOs on health, but Seralini's study still deserves to be reconsidered and, if anything, challenged not only in words, but with new scientific evidence.

Dark circles: the causes and 10 natural remedies to reduce them ❯