Foods to prefer or avoid to improve your sexual health

Are you planning a romantic evening? Then perhaps you have proceeded to buy some chocolates and a bottle of wine, according to what is commonly known about aphrodisiac foods. These two foods, which in the opinion of some experts must also be added meat, could guarantee you an effect exactly opposite to what you want, since they can contain chemicals and stimulants that are not conducive to passion.

You are planning one romantic evening? Then perhaps you have proceeded to buy some chocolates and a bottle of wine, according to what is commonly known about aphrodisiac foods. These two foods, which in the opinion of some experts must also be added meat, could guarantee you a exactly opposite effect as much as desired, as they may contain chemicals and stimulants not conducive to passion.

Second Brian Clement, co-director ofHippocrates Health Institute of West Palm Beach and co-author, together with his wife, of the book "7 Keys to Lifelong Sexual Vitality", similar foods can hinder sexual activity, as, after dinner, the body would be busy getting rid of toxins introduced through of them, instead of to use their energies to the maximum in sexual activity.

The expert also adds that at the moment the cases of men affected by are increasing infertility or impotence problems already from the age of 40, in the same way in which similar discomforts mostly affected people aged 70 and up until a few decades ago. Brian Clement and wife attribute him similar disturbances to pollution, heavy metals, pesticides, herbicides, consumption of carbonated soft drinks and foods rich in toxins. They are considered capable of weakening the organism also with regard to the sexual sphere.

How to take care of yourself also from this point of view, in a natural way and through nutrition? The two experts suggest that forget everything about foods usually considered aphrodisiacs and to organize one's diet by avoiding certain foods that are usually widely consumed, in addition to oysters and chocolate. 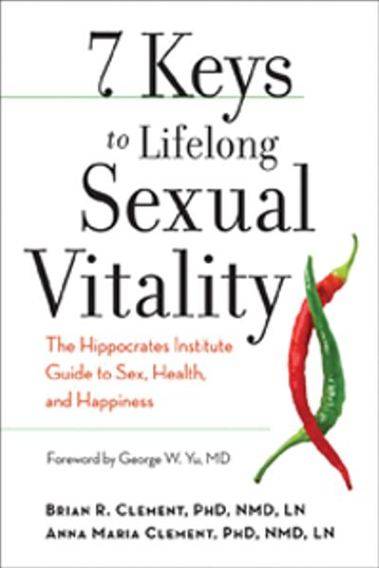 1) Fatty meats: including bacon and sausages, which contain high levels of saturated fat and cholesterol, which can build up in the arteries related to both male and female genital organs, causing plaques that could hinder both male erections and female orgasms.

2) Dairy products: According to experts, cheeses and dairy products have a high content of saturated fats and cholesterol, which could cause the same negative effects on our sexual activity as those caused by fatty meats.

3) Industrial baked goods: the risk is that these products contain hydrogenated fats difficult to digest by the body and potentially harmful also from the point of view of sexual health.

4) Soy-based products: the two experts point out that soy-based products can cause problems in the sexual sphere for both men and women, due to the their hormone content. We also keep in mind that most of the soy grown in the United States is GMO, as emerged from the data examined recently by theEnvironmental working group.

Foods to be preferred

In the opinion of the two US experts, the foods to prefer to improve your sexual health they are the same ones that can guarantee benefits for both circulation and cardiac activity. To notoriously healthy foods such as spinach, pumpkin seeds, figs, walnuts, raspberries, blackberries, nutmeg and artichokes, must be added:

1) Foods rich in omega3, that is, of essential fatty acids that contribute to improving both male and female sexual functions, ensuring a better erectile response and a better blood supply to the female genitals. The omega3s, as well as in the fish, are contained in walnuts, inlinseed oil and in flax seeds, which are its major plant sources.

2) Carrots: carrots are known as one of the natural stimulants for male libido. The benefits for the body derive above all from their high content of vitamin E.

3) Green leafy vegetables, such as rocket, spinach and salads, which help purify the blood and dilate the capillaries in the correct way, to ensure the necessary blood flow during sexual activity.

4) Avocado: avocado is a fruit rich in essential fatty acids beneficial for the body, which are considered to be able to contribute to the health of the circulatory and genital systems.

5) Watermelon: Watermelon also contributes to the proper functioning of the circulatory system and to the purification of blood and blood vessels, allowing the correct functioning of circulation even during sexual activity.

The 6 semi of health