Fear of a climate apocalypse prevents people from having children. I study 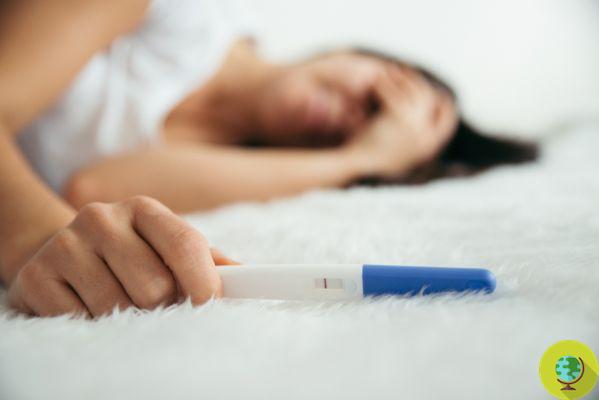 Bringing a child into the world scares young people also because of climate change. This was revealed by the first in-depth study on the subject

Bringing a child into the world scares young people also because of climate change. An idea that has been around for some time, the result of surveys and analyzes conducted by the media around the world, but now a new study has provided scientific proof of these fears.


A survey of 600 people found that some parents regret having had children, children who will live in a world ravaged by climate change. This is the first academic study that has shown how worried people are about the climate crisis to the point of deciding not to have children for fear that their offspring will face some sort of apocalypse.

This is largely due to aextremely negative expectation of the future. They were above all the younger respondents the most concerned for the impacts on the climate that their children would have had to suffer compared to the older ones.

According to respondents, having a child potentially means that the person will continue to produce carbon emissions that contribute to the climate emergency throughout their life. This was the fear shared by 60% of the interviewees:

“Carbon footprint fears of having children tended to be abstract and dry,” said Matthew Schneider-Mayerson, of Yale-NUS College in Singapore, who led the study. “But the fears about the lives of existing or potential children were very deep and emotional. It has often been heartbreaking to look closely at the answers - many people have really opened their hearts. "

According to the study authors, the number of people taking climate change into account in their reproductive plans is set to grow as the impact of global warming has become increasingly evident.

"To address this problem, we really need to take immediate action to address the root cause, which is climate change itself," said Schneider-Mayerson.

The study, published in the journal Climatic Change, found no statistically significant differences between the opinions of women and men, although women made up three-quarters of respondents. A 31-year-old woman said:

“Climate change is the only factor that matters to me in the decision not to have biological children. I don't want to give birth to babies in a dying world [although] I ardently want to be a mother. ”

The researchers found that 6% of parents confessed to feeling remorse for having children. A 40-year-old mother said:

"I am sorry to have had children because I am terrified that they will have to face the end of the world due to climate change."

According to the survey author, more research is needed on a more diverse group of people and in other parts of the world.

"Climate change is already affecting our world in frightening ways and therefore it is certainly reasonable to take the climate crisis into account when thinking about the future of one's family," added Seth Wynes, of Concordia University in Canada, author of a similar 2017 study. "As climate change continues to worsen, it is important to understand how perceptions of the future can change the way ordinary people plan their lives."

add a comment of Fear of a climate apocalypse prevents people from having children. I study