Emotions: to reveal the heartbeat 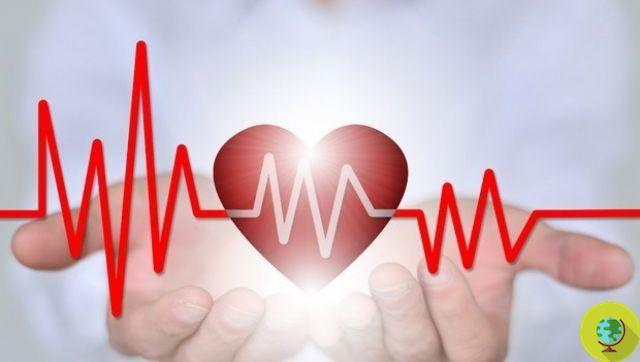 The seat of emotions is the brain, science says so. But this statement is not entirely true. It is in the heart that feelings can be read. And a team of scientists has managed to do this by developing an algorithm that can understand what we feel

The seat of emotions is the brain, science says. But this statement is not entirely true. Is in the heart that you can read i feelings. And a team of scientists managed to do this by developing a algorithm able to understand what we feel.

The anonymous (for us!) Tum tum therefore has a very specific meaning that can be understood. The algorithm was developed within the European PSYCHE project, which started in Pisa 5 years ago.

The project aimed to study affective recognition machines and has already developed and tested one smart shirt, integrated with sensors and electrodes which today is already able to monitor the emotions of psychiatric patients in real time.

How does the algorithm read the emotions in the heart? According to its creators, a simple one is enough electrocardiogram to know them, but it is the algorithm that evaluates if the frequency of the beats is associated with a certain emotion. In the medical field, the algorithm and the technique based on it will give life to a new approach to the treatment of mental illness.

"With our study we have developed a mathematical algorithm capable of providing a continuous evaluation of emotional states through the analysis of the electrocardiogram alone - explains Gaetano Valenza, post-doc researcher at the E. Piaggio Research Center and the Department of Information Engineering of the University of Pisa - In practice, given a certain cardiac dynamics, we are able to predict the next beat e understand what emotion was felt by the subject under observation ".

The smart t-shirt that monitors heartbeats during physical activity

Dark chocolate: useful for the heart thanks to the bacterial flora

The emotions? There are only four

Map the emotions onto our body

add a comment of Emotions: to reveal the heartbeat