Eating organic: the benefits backed up by scientific research

Many people are approaching organic for environmental, ethical reasons or to improve their well-being. But what are the actual health benefits of eating organic?

Many people are approaching organic for environmental, ethical reasons or to improve their well-being. But what are they actually the health benefits of eating organic?


The organic food industry tends to grow a bit all over the world and many people are getting close to what is considered a more natural food since it is produced without using chemicals and respecting the cycles of the earth. Even organic farms, for those who eat meat or derivatives, undoubtedly offer the best products. This obviously also has advantages for our health as regardless of the nutritional values ​​in organic products we are sure (scams permitting) to have products without GMOs, without pesticides or hormones. Let's try to list, scientific research in hand, the advantages of choosing organic.

Organic fruits and vegetables are grown without the use of synthetic pesticides or artificial fertilizers. These chemicals have been considered "safe" in the quantities used for conventional agriculture, but health experts warn about the potential harm they can actually do if exposure is constant and especially on certain categories of people such as children and pregnant women . An example we all know is Roundup, the well-known herbicide commonly used but classified as a "probable carcinogen" but also Chlorpyrifos, a neurotoxic insecticide associated with delays in the development of infants. Some studies have also suggested that pesticide residues, at levels commonly found in the urine of children in the United States, may contribute to the increase in attention span and hyperactivity disorders as well as reduce sperm quality in men.

A 2014 meta-analysis published in the British Journal of Nutrition found that organic crops were not only less likely to contain pesticides but, due to differences in fertilization techniques, were also less likely to be cadmium positive. toxic heavy metal which accumulates in the liver and kidneys.

For meat and milk, produced according to the dictates of organic, these can have about 50% more of precious Omega-3 fatty acids compared to conventional products. According to a 2016 study published in the British Journal of Nutrition. The organic milk tested in the study also found less saturated fat than standard products.

These differences, according to the researchers, may arise from the way the cattle are raised, especially thanks to one grass-based diet and the possibility for animals to spend more time outdoors. It is also argued that switching from conventional to organic products would increase consumers' Omega-3 intake without increasing overall calories or saturated fat.

No antibiotics or synthetic hormones

Always talking about organic farms, it should be noted how it is it is forbidden to use antibiotics in the preventive phase to protect animals from any diseases. This trick, among other things, is precisely what allows traditional farms to keep animals very close to each other, in a situation of overcrowding and consequently in precarious health conditions (if indeed antibiotics are not used that make them safe from real and own epidemics). Among other things, this practice of using antibiotics indiscriminately is contributing to a very serious phenomenon that of resistance and mutation of some bacteria that become "resistant" to drugs that previously helped to eradicate them.

Pets bred in a conventional way they can also undergo greater growth thanks to synthetic hormones which make him gain weight faster or produce more milk. Traces of these substances can obviously be found in the products of animal origin that we consume if they are not organic. 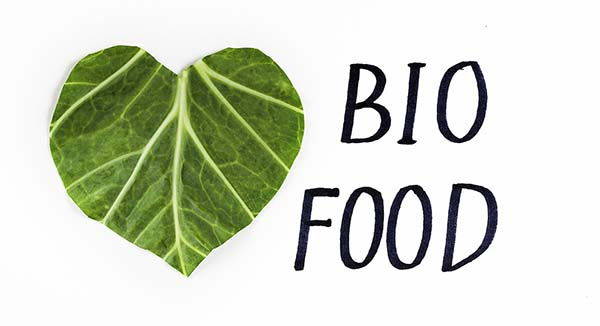 More antioxidants (in some cases)

In a study published a few years ago in the Journal of Agricultural and Food Chemistry, researchers found that organically sourced onions had about 20% antioxidant content. plus compared to traditionally grown onions. They also theorized that previous analyzes, many of which found no differences in conventional levels compared to biological antioxidants, may have been hampered by too short evaluation periods or by confusing variables such as time.

On organic eating, you may also be interested in:

But the reasons for choosing organic are also other and not only concern our health. The benefits go indeed well beyond the nutritional discourse. It is a mainly ethical choice, both for environmental factors (organic crops are not intensive, they do not use pesticides harmful to the earth and safeguard biodiversity) and for animal welfare (organic farms, at least on paper, are somewhat 'more sustainable as the animals in addition to receiving an organic diet also have more living spaces).

It is also essential to remember that the organic concept it is diametrically opposite to that of GMOs and therefore by choosing to eat organic we take a very specific position regarding genetically modified foods.

add a comment of Eating organic: the benefits backed up by scientific research