Do you eat chicken? Everything you should know and the contraindications you don't expect

Chicken can have unpleasant effects on health, both in terms of how the animals are raised and the fats that this food contains

Despite its excellent reputation, eating chicken can have unpleasant health effects, which stem in part from how the animals are raised and in part from the fat that this food contains.


Chicken has always been considered a healthy food (certainly more than red meat and processed meats), a source of protein, but at the same time low in calories, ideal for the diet or in any case the protagonist of a balanced diet.

Furthermore, it is an extremely versatile food that lends itself to many uses and that can become the protagonist of numerous recipes - some of which, such as fried cutlets, are decidedly not very dietetic. Many do not know, however, that even this food hides pitfalls, which mainly concern the way in which it is produced and the living conditions of the chicken in intensive farming.

It can be contaminated with bacteria

According to a study conducted a few years ago, 97% of the chicken breast on the market is contaminated with bacteria that can be harmful to humans. These are contaminations from the faeces of animals, deriving from the fact that they live in overcrowded environments and in the total absence of dignified hygienic conditions. In addition, about half of the bacteria in chicken have been found resistant to three or more of the most common human antibiotics - this is because chickens (and, in general, all animals that live their entire lives in factory farms) are treated with medicines. and chemicals.

Resistance to antibiotics does not make the pathogen more virulent but, by making traditional treatments ineffective, it can make healing slower and more difficult. The consequences for humans can be those typical of salmonella infection - nausea, vomiting, stomach cramps, diarrhea. The best and most effective method to destroy these bacteria remains cooking at very high temperatures (at least 165 ° C).

(Read also: Why does a chicken cost less than a beer in the supermarket? The terrible secrets of the poultry industry revealed)

Contrary to popular belief, white meat is also bad for the heart, as it causes cholesterol levels to rise: in fact, according to Harvard University, when it comes to bad cholesterol in the blood (associated with the risk of heart disease and heart attack) white meat is no better than red. The study looked at the blood values ​​of a hundred people, women and men, aged between 21 and 65 and looked at whether cholesterol levels changed depending on whether they ate protein in the form of red meat, meat. white or from plant sources such as legumes, nuts and soy products. To reduce the chances of other factors affecting cholesterol levels, participants were asked to do moderate physical activity and not to consume alcohol for the duration of the experiment.

The study found that 'bad' blood cholesterol levels were significantly higher after eating meat, both white and red, compared to a vegetable protein diet. This confirms how much a vegan (or even vegetarian) diet is much healthier for our health. In addition, many plant foods bring an excellent protein content to our diet, as can be seen in this one table: 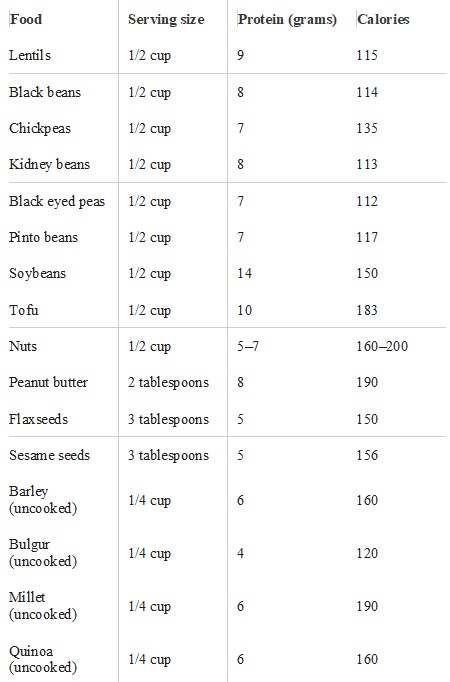 The main sources of vegetable protein at the table (Credits: Harvard Health)

It can make you fat

Although it is a lean meat and particularly recommended by dieticians and nutritionists, chicken is still a protein of animal origin. One study found that there is a correlation between the type of diet followed and body weight, and it was found that vegetarians have a lower BMI than those who usually consume meat.

Therefore, consuming chicken frequently (especially if cooked in a greedy but unhealthy way) can make us take in a lot of saturated fats which, over time, can cause weight gain. For this reason it is desirable to consume chicken in moderation, preferring perhaps dishes based on vegetables and legumes.

Do you eat canned tuna? Be careful, this is what happens to your body ❯

add a comment of Do you eat chicken? Everything you should know and the contraindications you don't expect