Atopic dermatitis is an increasingly common problem, especially among children. It is a chronic inflammatory skin disease that creates many ailments and discomfort. But what exactly are the symptoms and causes of atopic dermatitis? Are there any effective and natural remedies to deal with it?

La atopic dermatitis it is an increasingly common problem, especially among children. It's about a chronic inflammatory skin disease which creates many disturbances and annoyances. But what exactly are the symptoms and causes of atopic dermatitis? There are gods effective and natural remedies to face it?

There are other types of dermatitis but what is called "atopic" it can appear on different skin areas and it is often not easy to diagnose but above all it can be difficult to treat especially in children.

Read also: ATOPIC DERMATITIS: HOW TO INTERVENE IN CHILDREN

I typical symptoms of atopic dermatitis are the appearance of bubbles, redness, small blisters and rashes on the face, arms, back or legs. The suffering skin tends to gradually dry out and flake creating a strong itching sensation. Furthermore, this situation can become an excellent ground for bacterial proliferation and therefore further aggravate the problem by creating an infection.

If the situation is not taken in time or it is not possible to stem, atopic dermatitis can also affect the mucous membranes bringing as additional symptoms conjunctivitis, rhinitis or asthma.

Most often they suffer from atopic dermatitis infants and children who do not yet have a fully formed immune system, it must be said, however, that over the years the problem tends to disappear by itself in most cases. If this does not happen, the situation tends to worsen and become chronic, extending to other parts of the body not previously affected by dermatitis. 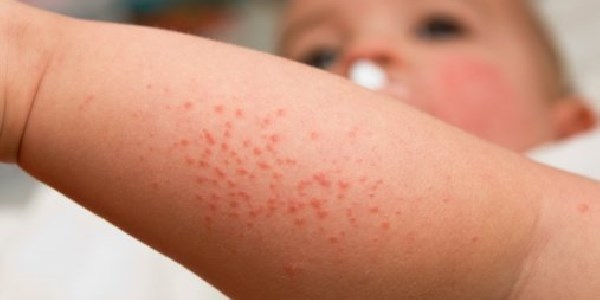 Symptoms of atopic dermatitis often suffer alternating phases, that is, they improve and worsen depending on the period the person is experiencing or during the change of seasons.

Atopic dermatitis is believed to have a number of causes concomitant environmental, genetic, but also psychological factors. When we talk about environmental factors we refer to the presence of allergenic substances with which one can come into contact directly with the skin (detergents, detergents, colored clothes or other) or that can be found in the foods that are consumed or be inhaled.

There is for example the pollution problem which in recent years seems to have a great impact on the appearance of this type of dermatitis, especially in children. In fact, it has been noted that skin problems are more frequent in the cities most affected by smog.

Read also: ATOPIC DERMATITIS: INCREASES IN CHILDREN. SMOG AND POLLUTION UNDER ACCUSATION
It is no coincidence that, according to experts, atopic dermatitis has seen an exponential growth over the past 30 years, a period in which pollution and environmental conditions have progressively worsened especially in industrialized countries.

When it comes to skin diseases, there is often one too psychological component which can make the problem appear or worsen. It is above all it stress aggravate atopic dermatitis.

In the case of atopic dermatitis (like many other disorders) a healthy diet is the basis for the improvement of symptoms. A diet rich in is recommended fruits and vegetables, fibers and cereali, accompanied by vegetable oils and fats ed water. On the other hand, sugary drinks and refined foods should be limited.

It has been seen that having a healthy intestine can prevent or relieve the symptoms of atopic dermatitis. This is why it is often recommended to take probiotics capable of improving the balance of the bacterial flora. According to some recent studies, the result with the best long-term effect seems to be that of Lactobacillus rhamnosus. 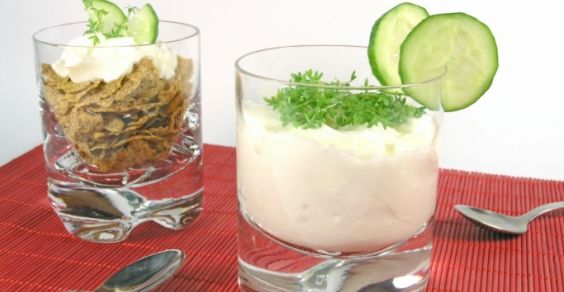 It has been noted that the symptoms of atopic dermatitis generally worsen in the winter months and improve instead in the summer. This is due to the sun, a very effective natural remedy for various skin diseases. Naturally, the exposure must take place with a certain criterion, avoiding the hottest hours of the day and for a limited period of time. Also sea ​​salt water it can greatly improve dermatitis and other skin problems as well as some spa treatments.

Omega 3-6 fatty acids can help in atopic dermatitis. Green light therefore to vegetable oils that contain these two substances in the right balance such as linseed oil but above all lhemp oil or seeds. The oil can be used twice, both internally and externally.

READ also: OMEGA 3: WHAT IS THE DIFFERENCE WITH OMEGA 6?

The reddened and itchy skin asks to be well hydrated not only internally, through the right amount of water, but also externally with the use of creams or better than vegetable oils with great moisturizing, soothing and anti-inflammatory power such as jojoba oil, sweet almonds, argan, boraggine or evening primrose (the latter two can also be taken internally in pearls). Also excellent shea butter.

Other natural remedies for eczema or atopic dermatitis can be found here.

Circadian desynchrony: The serious side effect for shift workers is diabetes ❯