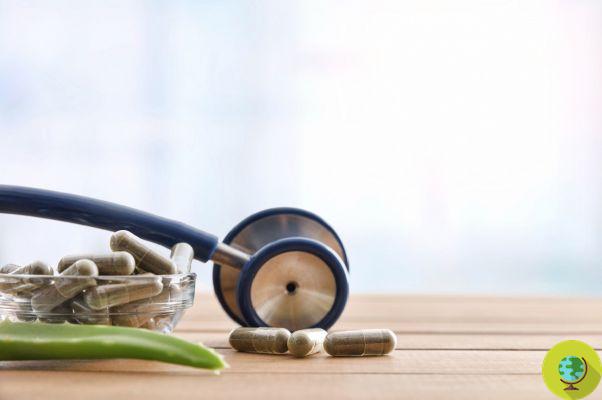 The news of the Aloe-based products "banned" by the EU has sparked quite a few controversies. Let's take stock.

The news of the Aloe-based supplements "banned" by the EU has sparked quite a few controversies. Will aloe vera juice or gel also be banned? Here is the whole truth, let's do some clarity


Let's take stock, because, first and foremost, these are products for oral and non-topical use. As for products for oral use, only products containing the whole plant (and not just the pulp, therefore juice and gel) are banned. Usually these are tablets or powders used as laxatives in the label there is the item aloe-emodin, emodin, dantrone. The risk is to demonize aloe in its full form

The news of the Aloe-based products "banned" by the EU has sparked quite a few controversies and generated doubts. In fact, from the first moment it was not clear what was being talked about and what was meant by "aloe supplements" and most have pointed the finger at Aloe in general. But this is not the case: the problem is not Aloe buthydroxyanthracene, from the laxative power, a part of its leaves. What then will be specifically banned?

The European Commission had requested the stop (among others) of the hydroxyanthracene derivatives, naturally present in Aloe Vera and other plants, accused of being carcinogenic to humans.

The marketing ban came into force on 8 April, following a decision taken as a precaution and after a research process lasting almost a decade. But what has been banned in practice?

The publication of an opinion of the European Food Safety Authority (EFSA) on hydroxyanthracens, present in plants such as:

mostly used as laxatives and in the production of bitters and liqueurs.

Already in its 2013 scientific opinion on the scientific substantiation of a health claim concerning hydroxyanthracene derivatives and the improvement of intestinal functions, EFSA concluded that hydroxyanthracene derivatives in food can improve intestinal functions, but advised against its use and prolonged consumption at high doses due to potential safety concerns, such as deterioration in bowel function and dependence on laxatives.

But what should we worry about? Where is the risk?

"Certainly not in the Aloe juice that we find in the supermarket nor in the gel", Madi Gandolfo, General Manager Federsalus assures us.

To be banned, in essence, are some of the substances with a purgative action contained intotal leaf extract of Aloe.

That is to say, those found in the part Outdoor of the leaf (while it is the pulp of the leaf to be used in the food and cosmetic sectors, such as Aloe vera gel): these substances are concentrated in the outermost part of the leaves, leaving the gelatinous internal part clean with which drinks, cosmetics and most of the preparations are produced non-laxatives.

"During manufacturing it is possible to remove hydroxyanthracene derivatives from botanical preparations by means of a series of filtering processes, thus obtaining products that contain only traces of these substances in the form of impurities", the regulation reads again.

This means that, when products with leaves of plants of the genus Aloe are developed, the outer leaf layers containing potentially toxic substances will need to be carefully removed to reduce contamination to the lowest possible levels.

In the meantime, we consumers? We continue to prefer companies that disclose their protocols, highlighting the analysis and quantity of any hydroxyanthracenes in their Aloe-based products.

Turmeric and hepatitis supplements: spotlight on ingredients from India ❯

Chlorella Vs Spirulina: Which Is Better? All the differences between the two algae (and which one is better for you)

TikTok's craze for chlorophyll water is a little bogus: what to eat to really consume the superfood

The 7 best supplements and vitamins most effective against stress

add a comment of Aloe supplements, beware! They have not all been banned at all