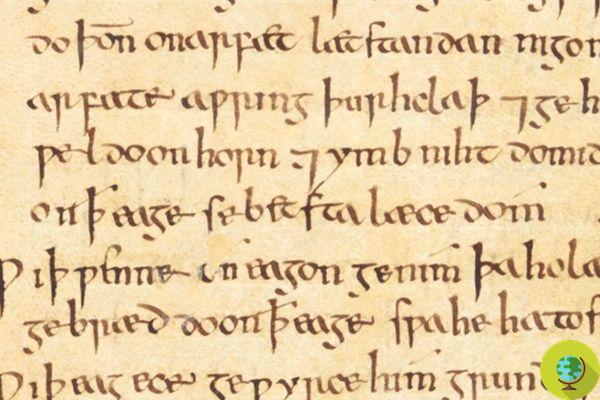 A natural antibiotic from a 1000-year-old manuscript could represent an alternative to traditional antibiotics.

A medieval ointment could provide antimicrobials that are useful against many of the modern infections. It is a kind of natural antibiotic composed of onion, garlic, wine and bile salts that came out of a manuscript of about 1000 years ago and which could represent a valid alternative to the classic antibiotics to which we are developing an increasingly dangerous resistance.


The "anticobiotic," as researchers call it, was in fact found in one of the earliest known medical textbooks of medieval England, known as Bald's Leechbook.

They are the researchers of the Ancientbiotics group, established in 2015, an interdisciplinary team of microbiologists, chemists, pharmacists, data analysts and medievalists from the Universities of Warwick, Nottingham and some universities in the United States.

According to the study published in Scientific Reports, the remedy caused low levels of damage to human cells and would be effective against a range of Gram-negative and Gram-positive pathogens in culture.

All of these bacteria are found in biofilms that infect diabetic foot ulcers and can be resistant to antibiotic treatment.

“We have shown that a medieval remedy based on onion, garlic, wine and bile - says Freya Harrison, lead author of the study - can kill a number of problematic bacteria. Since the mixture did not cause much damage to human cells in the laboratory or to mice, we could potentially develop a safe and effective antibacterial treatment starting from this ancient Anglo-Saxon recipe. "

According to scholars, the effectiveness of the medieval remedy requires the combination of all components to achieve full activity.

La antibiotic resistance in bacteria it is an increasingly urgent problem that represents one of the major global challenges for public health. Studies such as these could revolutionize the way we treat ourselves in the coming years.

add a comment of A 1.000-year-old natural remedy kills bacteria resistant to modern antibiotics. I study