We all would like to know some secrets to keep our brains fit. Now a new study identifies an ad hoc exercise

As we age, we would all like to know a few secrets to keep our brains fit and preserve our memory. Now a new study identifies what is the best form of exercise to help us with this.


Helping to preserve our memory and our memories is one of the main objectives of many activities that we carry out as young people with a view to old age. To find out how the memory protection mechanism works and help us preserve our memories for as long as possible, a team of researchers analyzed 180 elderly people considered healthy but inactive, and separated them into 3 groups: a first group focused on physical activity of the walk, a second devoted himself to dance, while a third performed stretching and balance exercises.

The three groups were followed by the researchers for a period of six months, and all study participants met three times a week to perform the physical activity assigned to them; furthermore, the dance group progressively increased the difficulty of the choreographies and exercises during the duration of the experiment. Before and after the six months of the experiment, all participants were observed by magnetic resonance imaging, as well as with cognitive and cardiorespiratory tests, to see what the effects of various forms of physical activity had been on their brains.

(Also Read: What Happens To Your Brain When You Don't Walk Enough)

It emerged that theaerobic exercise it is the one that has the greatest benefits for our brain: In fact, the regions of the brain that suffer the most from the brunt of advancing age seem to benefit more than others from aerobic exercises, such as dancing or walking. As for the groups that dedicated themselves to walks and dance choreographies, the researchers observed an increase in white matter in the brain, especially in those areas that play a role in the formation of memories: In particular the group that took walks improved. memory after the study and all participants in the group demonstrated better ability to recall old memories. In contrast, in people who did stretching and balance exercises, the researchers saw no improvement in the brain - on the contrary, they observed the physiological decline of the white matter. 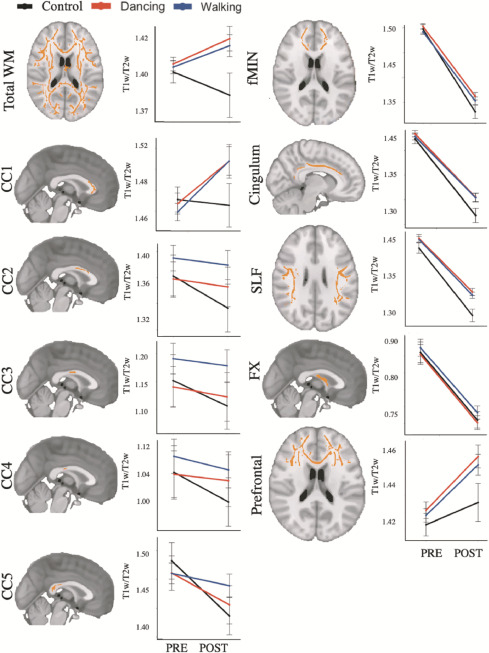