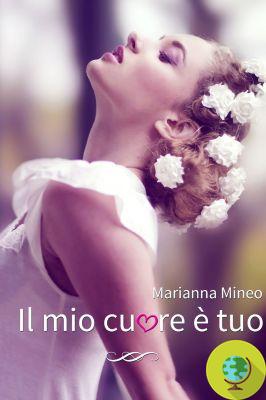 Anyone who has a sister will never be alone in the world! To underline this wonderful bond, today I propose a very tender fairy tale

Anyone who has a sister knows that there will always be a shoulder ready to welcome her discomfort, a smile to sanction a success, a tear for a moment of joy, a look of reproach for unapproved acts. Who has a sister, will not be never alone in the world! To underline this wonderful bond, today I propose a very tender fairy tale that tells the story of two sisters and of the thread Invisible that binds them.

In a very colorful country lived two sisters, the eldest named Ada was tall with honey hair, green eyes and cloud skin, the youngest named Ida, was less tall with dark hair, dark eyes and ebony skin; Ada and Ida were physically and also temperamentally, very different but very united, so much so that they lived in symbiosis despite the small difference in age; they compensated each other with their characters, the first was very loyal, intelligent and provident, the second very confused, intuitive more than intelligent and very unconscious.

The two sisters always spent their days in the company of each other, helping and supporting each other on every occasion.

The two girls really liked going out together, sometimes hanging out with friends, and sometimes being alone wandering around their beautiful colorful country.

One morning while they were taking one of their walks, they were approached by a very funny woman, she was small in stature, with very messy hair and big dangling earrings; the little woman stopped them and asked them "hello girls, what are you doing?"

The two sisters looked at each other perplexed then Ada replied "why are we walking?"

The little woman smiled and said "nothing, I saw you and I wanted to meet you"

At that point Ida said "we can't talk to unknown people and we don't know you because you stopped us?"

The little woman narrowed her eyes and replied "how suspicious you are baby, I was just noticing how different you were but close" ...

Ada sighed, looked at her sister and said "well now you've seen us up close .. have a good day" ... the little woman, who was actually a witch, then placed a hand on Ada's shoulder and replied "have a nice day" ...

Ada and Ida left thinking that this little woman was really weird, who knows what she wanted from them, but they continued their walk, forgetting her in a moment.

In the days that followed, Ida began to notice changes in her older sister's way of life, she was always gloomy and didn't want to go out with her anymore, she found absurd excuses to stay at home and they didn't talk anymore .. Ida worried and tried to talk to her. , asking her if something had happened or if she had done something as often her way of doing angered her sister, but she got no answer other than a greater estrangement.

Ida began to reflect on what was happening to her sister and at a certain point she remembered the little woman they had met a few days before .. "mmhhh" Ida thought, "I didn't like that little woman at all, I wouldn't wish she had done it. something to my sister .. "he then thought of going to talk to the old sage of the village, he came to his house all colored, knocked and asked to listen to her ..

Once the whole thing was told, the wise old man raised his eyebrow and said "my dear Ida, the little woman you met is none other than the witch of the woods, she takes the joy of the girls to prepare the magic potion of youth, you absolutely have to defeat it "

"What can you tell me old wise man? I knew I shouldn't trust that woman, I had felt that there was something wrong with her… how can I do to undo the spell?"

The wise old man smiled and giving her a caress he said "it's easy my little one, she doesn't have your Love, you have to go to her bringing one of your hair braided to that of your sister and make sure that she picks it up ... at that point you will be free and she won't bother you anymore ".

Leaving the old wise man's house, Ida went to her house, entered her sister's room and approaching her, she pulled out a hair "aih .." Ada yelled "are you crazy? Why did you do it?" Ida looked at her sister, smiled and he said "don't worry, look at me I'll tear it too .." and in a moment he tore off one of his hair and tied it to his sister's "that's it, now I'll come back, wait for me here, okay?" .. Ada looked at her sister with a question mark and saw her run away.

Ida went into the village wood going towards the little witch's house, she was very anxious to arrive immediately and free her sister from this annoying spell.

Once she arrived, she quickly knocked on the door and waited for someone to open it .. after a while the little witch opened the door, looked at the girl and said "what do you want ebony skin?"

Ida looked her straight in the eye and replied "I came to see your hands, the other day they intrigued me, they are so beautiful and soft, how do you do it?"

The little witch arched her back and proudly said "I can't tell you but if you want to see them again, here's my hand but don't waste it all right?"

Ida in no time at all, took the woman's hand and put her hair in it, squeezing it so tightly that it made her jump backwards ... "nooo" screamed the little witch "you're smart and I've lost my powers ..."

Ida laughed and ran away leaving the little witch crying like a baby.

Back home she quickly entered her sister's room and saw her smiling as she was listening to some music "Hi Ida" Ada said with a pleased tone "where have you been?" Ida was radiant, she went to meet her sister and hugged her replying "I went to retrieve our hearts, you know, right? My heart is your heart ..." and they hugged in a strong hug.

The best way to wash pesticides off apples? Water and bicarbonate ❯

10 benefits of writing by hand

add a comment of My heart is your heart