Pygmalion effect: what it is and how you can use the self-fulfilling prophecy to your advantage 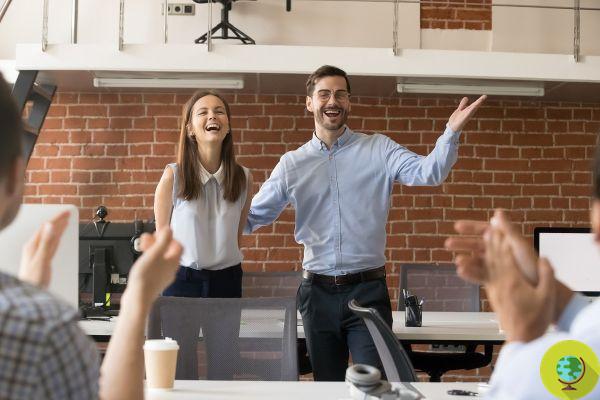 Have you ever heard of the Pygmalion effect? Here's what self-fulfilling prophecy is and how it works

Have you ever heard of the Pygmalion effect? Here's what self-fulfilling prophecy is and how it works


They call it "self-fulfilling prophecy", it is the so-called Pygmalion effect, psychological mechanism by which a person's behaviors are influenced by the expectations of others, for better or for worse. Let's find out what it is and how it works. (Read also: Pygmalion Effect: Why What You Think Will Come True)

The Pygmalion effect, also known as Rosenthal effect, was born with Robert Rosenthal, professor and psychologist at the University of California who was the first to do thematic research in the sixties, influenced by the play of the same name by George Bernard Shaw, deriving in turn from the Greek myth of Pygmalion.

The myth tells that Pygmalion sculpted the statue of a beautiful woman, whom he fell in love with so much that he asked Aphrodite to transform her into a real woman. The goddess accepted and granted her wish.

Hence the modern meaning of pygmalion, which refers to a person who assumes the role of teacher towards another less cultured, shaping their personality.

To demonstrate the Pygmalion effect, Robert Rosenthal led a experiment in an elementary school together with the teacher Leone Jacobson, realizing that teachers' expectations of pupils influenced their performance, positively or negatively.

During the experiment, teachers in a class with similarly performing and similarly capable students were given the names of some children with higher IQ scores. Scores that did not correspond to reality because they were randomly drawn.

After a year, the school results of children with (fake) high IQ were measured, who showed a noticeable improvement compared to the others. Knowing that they had high IQs, teachers' expectations of them increased to such an extent that it positively influenced their performance.

While it's good news, it's bad news. Because the same thing can happen in reverse. When the teacher expects little from the pupil, she tends to adopt attitudes that make the pupil feel worse, causing him to internalize the judgment and behave accordingly.

Pygmalion effect in other areas: from work to family

Initially studied in the school environment, the Pygmalion effect can also extend to other sectors such as work. In this case it is the manager's expectations of employees that influence their performance. But the mechanism remains the same.

When we want to impress an employer who has high expectations of us, we tend to behave in a way that meets them, putting in more effort and believing more in ourselves and in our ability to deliver it in the best possible way. And here the "prophecy" of success comes true. But if the employer expects little, the employee unconsciously conditioned by this attitude tends to make less.

Ultimately the Pygmalion effect occurs because the expectations of others influence both their behavior and ours. On the one hand, those who believe in us tend to help us achieve certain goals, and we, feeling appreciated, do our best to meet the high expectations. Not only in the workplace, but also in the family and in social relations in general where there is a person who has some authority over another.

Stroop effect: If you can't read these words, your brain is skipping a beat ❯

add a comment of Pygmalion effect: what it is and how you can use the self-fulfilling prophecy to your advantage