Mexico bans the sale of sodas and junk food to children 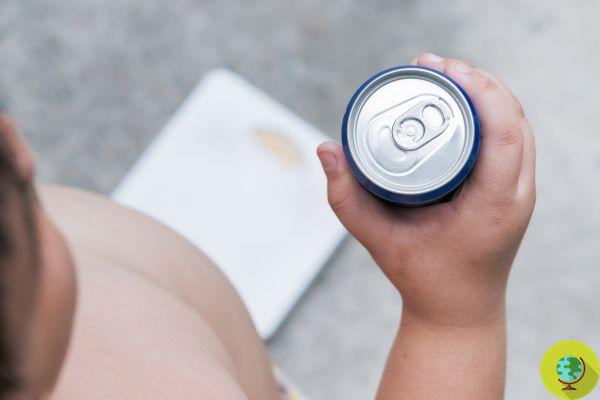 The state of Oaxaca in southern Mexico bans the sale of sugary drinks and calorie foods to minors, a historic decision for the country.

The state of Oaxaca in southern Mexico has banned the sale of sugary drinks and high-calorie foods to minors, a historic countrywide decision aimed at reducing childhood obesity and diabetes, conditions made even more evident by the current health emergency . The ban will affect elementary and upper secondary schools, as well as vending machines, while leaving full responsibility to parents and guardians.


The Congress of Oaxaca actually approved a provision presented in November 2019 which required the integration of article 20 Bis of the law on the rights of girls, boys and adolescents (Ley de los Derechos de Niñas, Niños y Adolescentes) with the 'explicit prohibition of the sale and supply to minors of sugary drinks and packaged foods with a high calorie content.

The law states that mothers, fathers and legal guardians, who are responsible for the consumption of these products by minors, are exempt from the prohibitions.

?In a historic decision, the Congress of Oaxaca prohibits the sale and consumption of sugary drinks to minors.

Therefore, #Oaxaca becomes the first entity in the country to protect the health of the entire population, through promotion and establishment, from an early age. pic.twitter.com/3VJPaVDj5z

Mexico ranks first in the world rankings for childhood obesity and second for obesity in adulthood. According to OECD data, 73% of the entire Mexican population is overweight or obese. Also for this reason, in 2014 the country was the first to introduce a soda tax and since then consumption has dropped by about 7,5%.

International organizations, including Unicef ​​and FAO (United Nations Food and Agriculture Organization), have celebrated the measure in favor of children's health.

At @UNICEFMexico we celebrate the proposal to add to the Law on the Rights of Children and Adolescents of Oaxaca, to prohibit the distribution, donation, gift and sale of sugary drinks and caloric foods to minors.@Magaly_LopezOax @CongresoOaxLXIV pic. twitter.com/AnNqD6iYXu

The process of the law had been interrupted due to Covid-19 and, as we read from the pages of the Guardian, has met with much resistance from the sweet drinks lobbies (those of Mexican drinks are very strong) and also from a little public opinion. inclined. Suffice it to say that the income from the soda tax never reached citizens through projects dedicated to their health, as the law provided for. But the damage of habits that are now deeply rooted and often made necessary by contingencies have now reached dangerous levels and according to Hugo López-Gatell, author of the text of the law, sweet drinks are co-responsible for the deaths of 40 thousand Mexicans in a year due to diabetes. hypertension and diseases related to obesity.

According to soft drink manufacturers, however, sugary drinks give only 5,8% of the daily calories of Mexicans and cannot be held responsible for illnesses and deaths. But this is not exactly the case, especially given the quantities consumed: according to the non-profit consumer association El Poder del Consumidor, each citizen drinks an average of 163 liters of sweet drinks every year, and in some regions (the poorest) the 70% of elementary school children eat breakfast with a soda.

American honey still contains traces of Cesium 137, a remnant of nuclear tests conducted at the time of the Cold War ❯