Food intolerances: what if they depend on the psyche?

Food intolerances and psychology would go hand in hand: if, for example, your body cannot tolerate gluten, the cause could be found in your little head.


Food intolerances and psychology they would go hand in hand: if, for example, your body cannot tolerate gluten, the cause could be found in your little head.

It is the etiological hypothesis advanced by Edi Salvadori, educational psychologist and counselor. The rejection of a particular food by the organism would be dictated by a specific one emotion not recognized and which can be related to that same food.

What if that emotional block is removed? The symptom also seems to disappear.

What are food intolerances - They are part of a group of disorders defined as "adverse reactions to food". Food intolerance is distinguished from allergy because its reaction is not caused by the immune system. So what does intolerance really depend on? There is still a lot of uncertainty on this point: the underlying mechanisms are not yet clear, just as little is known about the clinical symptoms, the diagnosis and the tests that are used to carry them out. Often confused with food allergies, according to i data of the Higher Institute of Health, 7,5-8% of children and 2% of the adult population actually suffer from intolerances, which manifest themselves with abdominal pain, cramps, diarrhea or vomiting.

The psyche - A large part of the population believes they are "intolerant" to some food. But now, according to Salvadori, in most cases it would only be there somatization of a psychological discomfort. So, if so far the most obvious action is and has been the elimination of the offending food from one's diet, it may be that the new solution is a (simple?) Psychological investigation.

"In my professional experience - says Edi Salvadori - I realized that food intolerances essentially arise from our inability to listen to ourselves, to listen to our deepest desires, to trust the ancient wisdom of our body".

Here then are the most common intolerances and the related symptomatic correlations:

Gluten: gluten intolerance, the physical symptoms of which occur in the stomach and intestines, would depend on the difficulty in forming stable relationships and from the fear of getting involved, especially in the family context.

Apple: intolerance to this (harmless) fruit is the answer to a guilt. And the reason is obvious: the apple it associates with sin, so people who feel guilty about the people they have a bond with can develop this intolerance, which manifests itself as abdominal bloating or cramps.

Latte: simple, it is linked to the mother figure, to an anxious or absent mother. People develop insecurity and often intolerance towards the food that has fed them since childhood, with digestive disorders, a sense of bloating or weight. The intestine is related to the second chakra which, in turn, is related to the relationship with the mother figure, so its distortion generates an energy block that can cause the typical symptoms of intolerance.

Parsley: intolerance to parsley would express the difficulty of setting boundaries and can arise in those people who are particularly helpful and kind. 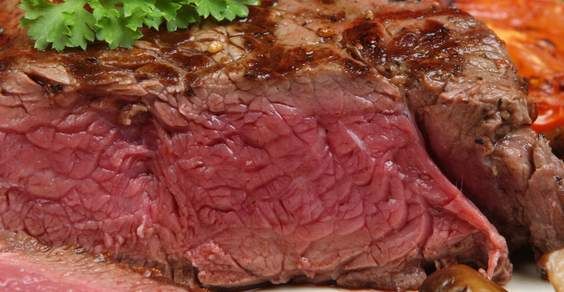 Meat: indicates one too busy life, anxiety and distress: intolerance to meat can affect people who do not allow themselves even a minute of time. If you think about it, meat needs longer times for chewing and assimilation ...

Dark chocolate: if you are intolerant to this type of chocolate, perhaps the problem lies in how you live your sexual life, seen too much as a duty and almost never as a pure pleasure.

Milk chocolate: you know, it indicates the need for pampering and attention, but also a particular rigidity towards oneself and the idea that everything is the result of sacrifices only. Many tend to compensate for these shortcomings with chocolate, until the day when it will no longer be enough and our body will express it with intolerance. "Chocolate intolerance and caffeine intolerance arise in people who are particularly rigid with themselves, with a great sense of duty and with a strong responsibility".

All the fault of stress, anxiety and depression, then? Will food intolerances be treated by the psychologist from now on? What if we started to stop for a moment and listen to our body a little more?

See also the videos of our experts on the subject:

- Food intolerances and allergies on the rise. Because?

Food intolerances: what they are and which tests really work ❯

add a comment of Food intolerances: what if they depend on the psyche?