Enjoying life is the key to living long and fit 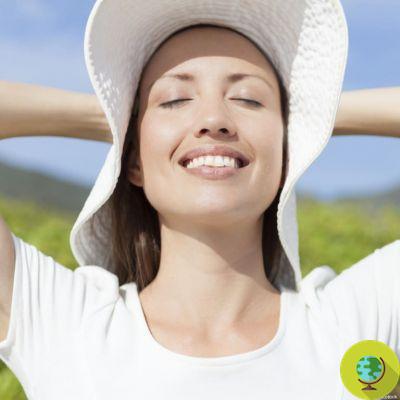 Enjoying life is the secret if you want to live well and for a long time.

Enjoy the "vita", folks, that's the diktat if you want to live long. Whether you like it or not, a little bit of lightness in these days it does you nothing but good, giving you one in return healthy desire to live as well as possible.


In fact, between the ability to derive pure well-being from the different situations of life and the reduction of the risk of ending up dry at any moment there would be a real link, now confirmed (also) by a research published by the University College of London. in the British Medical Journal, which sees in positiveness an extra gear for those who wish not to die young.

READ ALSO: 20 SIMPLE TIPS FOR A HEALTHIER AND HAPPY LIFE

A bit like simple optimism, in short, enjoying every moment with serenity and without too many anxieties is the secret to a long and healthy existence.

THE STUDY - The British researchers examined 9.365 adults with an average age of 63 years. All had to answer three times at two-year intervals, between 2002 and 2006, to questionnaires in which they had to evaluate whether they felt they felt these feelings: "I like the things I do", "I like being in the company of others “,“ If I look back on my life I feel a sense of happiness “,“ I feel full of energy these days “.

READ also: CHRONIC VICTIMISM: HOW TO RECOGNIZE (AND MANAGE) PEOPLE WHO ONLY KNOW HOW TO COMPLAIN

Well, the trend to one lack of positive responses to these statements was reported by one in four people, who did not feel satisfaction with the context and the way he lived.

During the study period, which lasted until 2013, just over 1.300 deaths were recorded and the mortality rate would have been higher among individuals who had enumerated fewer "occasions for joy".

Who is most likely to enjoy individual moments? Women, as well as participants who were married or cohabiting, employed, well educated, richer and younger.

"These results - conclude the scholars - add a new dimension to the understanding of the meaning of subjective well-being by documenting a dose-response association between mortality and the levels of well-being experienced over the years".

After all, health, and it is something we know well, is built day by day, with one adequate lifestyle including healthy food and physical activity. And a good one dose of positive thinking, now it's confirmed, never, ever forget it!

Golden Milk: the original recipe and 10 variations of golden milk with turmeric ❯