Golden Milk: the original recipe and 10 variations of golden milk with turmeric

Golden Milk or golden milk with turmeric is a natural remedy rich in beneficial properties that is recommended especially for those suffering from joint problems to make the most of all the benefits of turmeric.

Il Golden Milk o golden milk to the turmeric is a natural remedy rich in beneficial properties which is especially recommended for those suffering from joint problems to make the most of all the benefits of turmeric.


We can prepare Golden Milk according to the original recipe or in one of its many variants suitable, for example, for those who want to replace cow's milk with vegetable milk.

Here how to prepare golden milk to turmeric according to the original recipe and in its variants.

Il Golden Milk according to the original recipe it is made with turmeric powder, milk, water, almond oil and honey. Watch our video to learn how to make Turmeric Golden Milk.

Read also: PROBLEMS WITH THE JOINTS? HERE'S THE RECIPE OF THE GOLDEN MILK

To prepare the Golden Milk in the vegan version you will need replace honey with agave syrup or rice syrup and cow's milk with vegetable milk, for example with almond milk. Here the recipe.

Read also: TURMERIC: WHAT HAPPENS TO THE BODY IF WE TAKE A SPOON A DAY 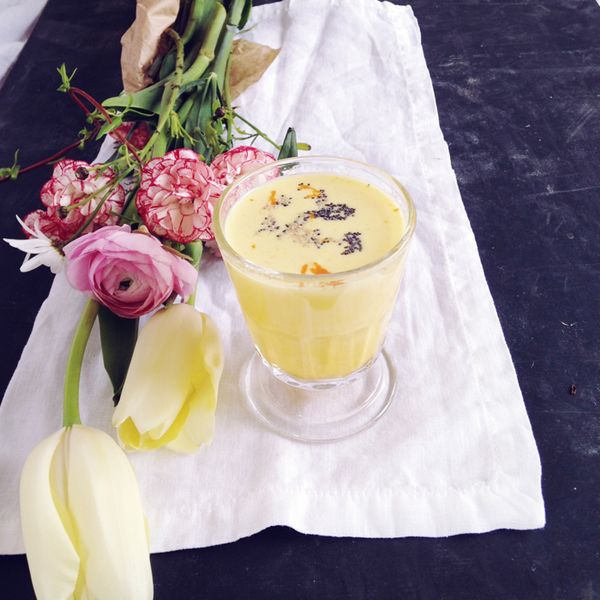 Some recipes for the preparation of Golden Milk add a pinch of to the basic version black pepper in powder because black pepper favors the absorption of the active ingredients of turmeric by our body. Here the recipe. 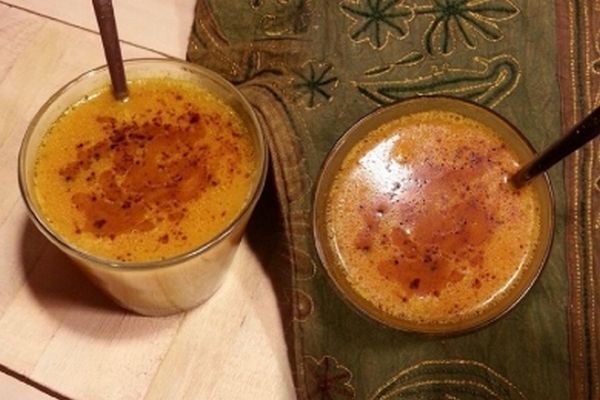 Photo source: Into The Fitness

In the basic recipe to prepare the golden milk with turmeric cinnamon is not provided but you can still add a pinch to this drink in order to make it more pleasant. Here the recipe. 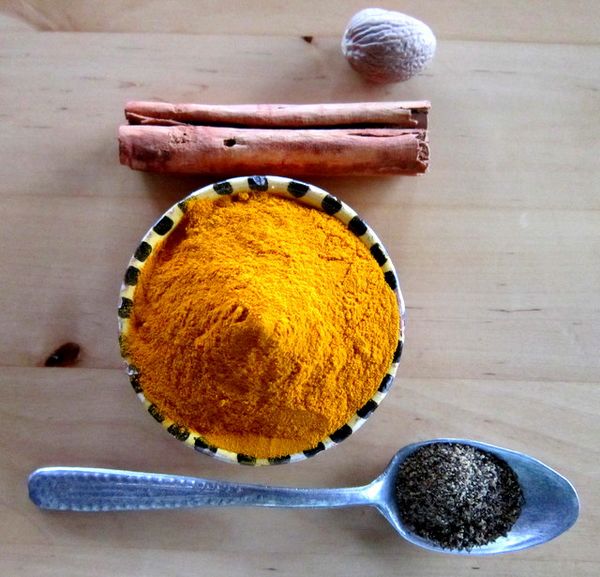 As an alternative to almond oil for food use in the preparation of Golden Milk you can use extra virgin olive oil or ghee, clarified butter. Here the recipe. 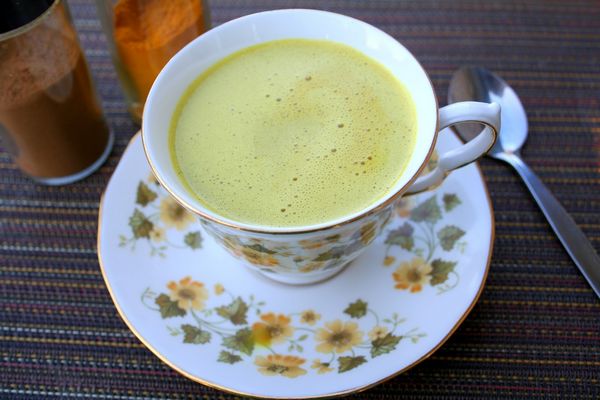 If you love the flavor of saffron you can add some pistils to your recipe for turmeric golden milk, even simply to decorate it, together with cinnamon and cardamom. Here the recipe. 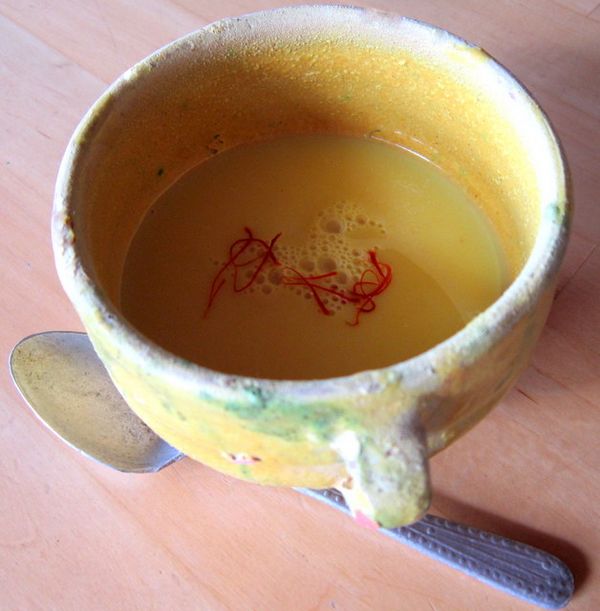 For those who prefer not to use cow's milk for the preparation of Golden Milk, here is the possibility of replacing it with rice milk, preferably in an unsweetened version. Here the recipe.

Read also: HOW TO PREPARE RICE MILK AT HOME 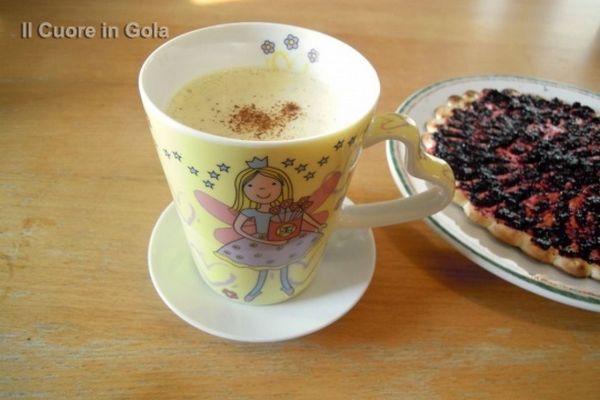 Photo source: The heart in the throat

This Golden Milk recipe is dedicated to those who want to combine the benefits of turmeric with the properties of ginger, another very popular spice as a natural remedy. Here the recipe.

Read also: GINGER: WHAT HAPPENS TO THE BODY BY TAKING IT EVERY DAY 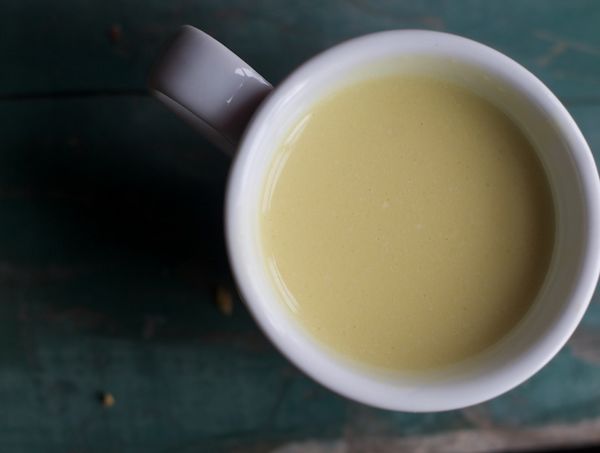 One of the vegetable alternatives to use in a tasty and healthy way to prepare Golden Milk is almond milk that you can easily make at home with a blender starting from peeled almonds. Here the recipe.

Read also: ORGANIC ALMOND MILK: HOW TO PREPARE IT AT HOME 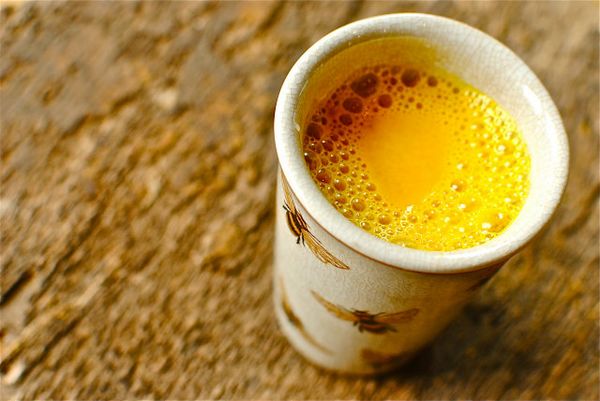 From the fresh turmeric with your extractor you can get a turmeric juice to use to prepare an alternative recipe for Golden Milk. Here all the instructions. 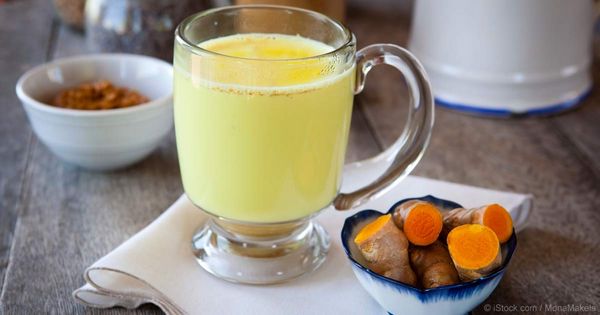 Here is a last alternative to prepare Golden Milk starting from a vegetable milk according to your tastes. You can choose the Avena's milk with no added sugar. Here the recipe. 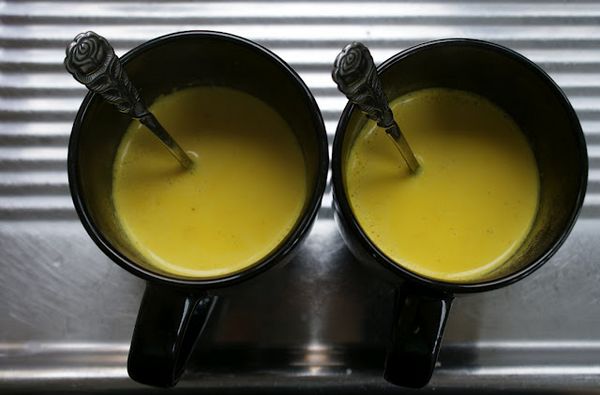 Chewing gum: in 10 minutes they can remove up to 100 million bacteria ❯

add a comment of Golden Milk: the original recipe and 10 variations of golden milk with turmeric