Eggs without chickens: the project of a Finnish startup to say goodbye to farms 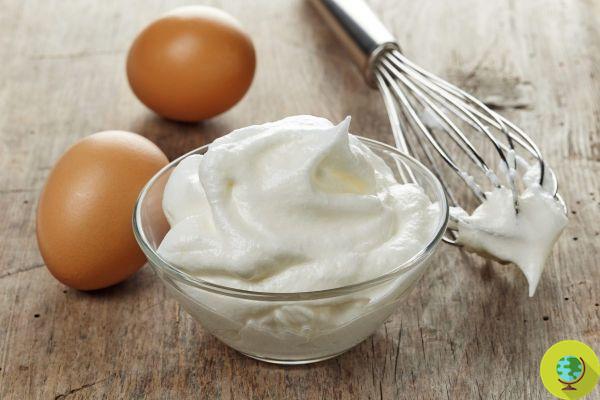 A Finnish startup has managed to produce synthetic egg white with a process similar to that used to make meat in the laboratory.

Yes they can get eggs without having to raise chickens? Apparently yes, or at least egg white can be reproduced.


A Finnish startup recently born, Onego bio, aims precisely at this: to produce egg whites without causing animal suffering and reducing the enormous environmental impact of farms. How? Through the laboratory production of ovalbumin, the protein found in egg white.

Read also: Acquafaba: what it is, how to prepare it and how to use it instead of eggs

The procedure for obtaining whites without going through eggs - and chickens - it is similar to that used to produce synthetic meat and uses Trichoderma reesei, microorganisms which, thanks to fermentation processes, are able to synthesize complex protein molecules.

La startup, division of the cellular agriculture spin-off of the VTT Technical Research Center in Espoo, aims to respond to the increase in demand for animal proteins expected in the coming years, providing humanity with high nutritional value proteins while respecting the environment and animals.

According to Onego bio it is in fact evident that it will not be possible to cope with food needs of the growing population while maintaining the food production processes, because the impact of farming is excessively high, not to mention the ethical implications. Hence the idea of ​​exploiting fermentation, already widely used to produce beer, food additives and, for some time, even meat.

In practice, the genetic material of ovalbumin is introduced into the cultures of Trichoderma reesei to produce proteins. The microorganism, properly nourished, thus begins to produce ovalbumin instead of its own proteins. These proteins are then collected and processed into a powder that can then be used by the food industry or as a protein supplement. Throughout the process, the hens never come into play, because the genetic starting material comes from genetic databases, not from animals.

The egg white obtained is identical to the original one and can be used in exactly the same way in the production of cakes, meringues, mousses, to which it confers nutritional and functional properties, improving their protein supply and consistency.

The project will receive ten million euros which will allow it development in the next few months, after which maybe we could start finding the bioalbumin in the ingredient list of packaged foods.

Fresh eggs: how to recognize the best eggs by the color of the yolk ❯

add a comment of Eggs without chickens: the project of a Finnish startup to say goodbye to farms