Tim's place, the special restaurant where you can order free hugs (VIDEO)

Those who frequent it have called it 'the friendliest restaurant in the world'. It is Tim's Place, in Albuquerque, in the USA, where, in addition to lunches and dinners, free hugs are distributed for each individual customer, at the end of each meal. In 5 years here Tim, a boy with Down syndrome, has given over 19.000 hugs

Those who frequent it have called it 'the friendliest restaurant in the world'. And the Tim’s Place, in Albuquerque, in the USA, where, in addition to lunches and dinners, free hugs for each individual customer, at the end of each meal. The venue has been open since 2010 and Tim has had over 19.000 hugs since then, his reveals special counter of hugs.

But Tim's hugs are doubly special. This twenty-six year old, in fact, is affected by down syndrome and he has many other things to be proud of: he is a skilled Olympian, an excellent sailor and an experienced offshore fisherman. And, he was also elected high school student of the year.

Tim Keith's father explains: “We started reflecting when he was young about his future and we decided that we wanted to give him a life as normal as possible, without making any concessions“. This strategy seems to have worked beautifully. 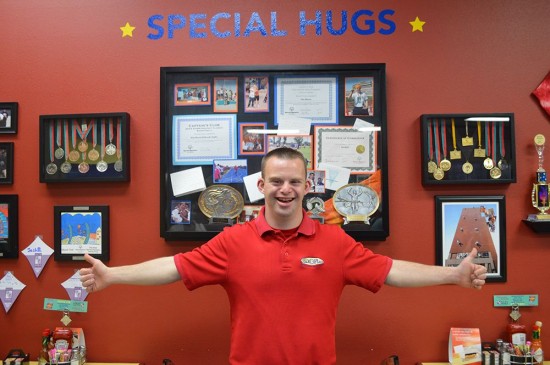 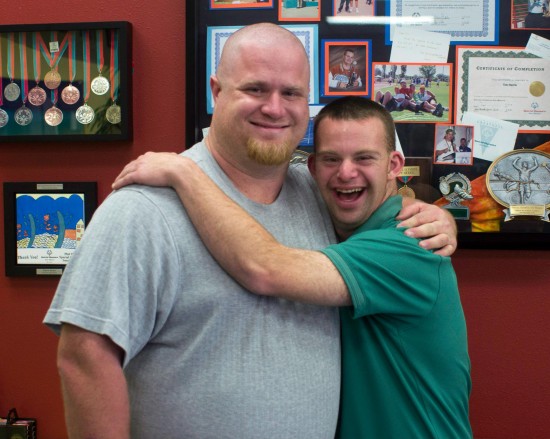 When Tim expressed interest in opening a restaurant, the family supported and helped him. While Tim has hired other people to manage the kitchen, he is the face of the place and the protagonist of the free hugs. He realized that people want to feel at home in a family restaurant, which is why he included the 'love' item in its menu. 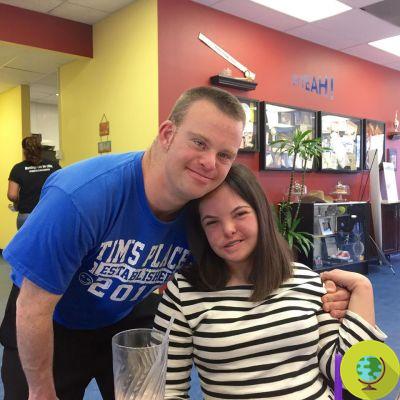 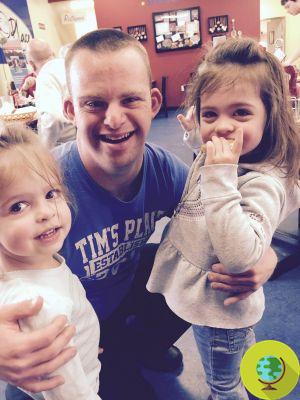 Customers can order the free hug from Tim. But even if they don't, he's always ready to hug them anyway. This cordial signature has proved very successful, and now customers just love to pop into Tim's Place.

“I say that too people with disabilities can follow their dreams". Word of Tim.

Testecalde: the restaurant where pizza and spaghetti employ disabled children

10 benefits of a hug

add a comment of Tim's place, the special restaurant where you can order free hugs (VIDEO)