Three-quarters of the world's honey contains pesticides: the shock study 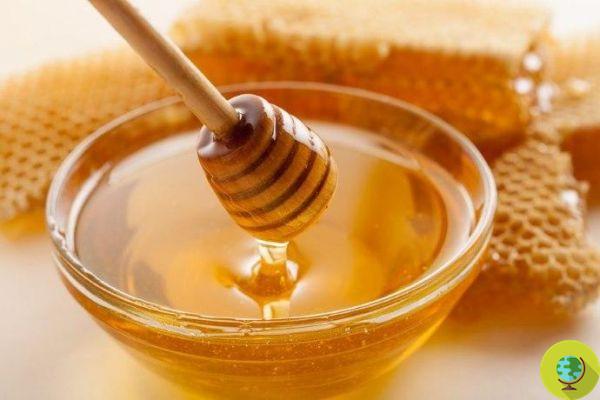 Neonicotinoid pesticides in 75% of the world's honeys. Disturbing figures that cause concern but unfortunately are not surprising. This was revealed by a new study, conducted by an interdisciplinary group of researchers from the University of Neuchâtel

Neonicotinoid pesticides in 75% of the world's honeys. Disturbing figures that cause concern but unfortunately are not surprising. This was revealed by a new study, conducted by an interdisciplinary group of researchers from the University of Neuchâtel.


According to the research, three quarters of the honeys produced around the world contain it neonicotinoids, a family of pesticides known for their role in bee decline. However, the concentrations found in honey remain below the maximum levels allowed for human consumption.

This means that according to the current regulations in force, these are permitted quantities. The scientists carried out the research between 2015 and 2016 analyzing 198 honey samples from around the world and measured the concentration of the five most commonly used neonicotinoids (acetamiprid, clothianidin, imidacloprid, thiacloprid and thiamethoxam).

I neonicotinoids they occupy a third of the market shares of common pesticides, mainly used for maize, rapeseed, sugar beet. However, these substances pass into pollen, flower nectar and eventually to bees. With the large quantities of nectar it collects each year, the bee has been considered a real detector of the presence of pesticides in our environment.

"A bee searches for nectar at a distance of twelve kilometers from the hive, covering a considerable area", has explained Alexandre Aebi, of the University of Neuchâtel.

The results in detail

The analyzes showed that 75% of honey contained at least one of the five substances sought. This rate varied considerably according to geographic area: 86% of North American samples were contaminated, followed by Asian ones (80%) and by Europeans (79%). The lowest shares of contaminated samples came from South America (57%). Furthermore, 30% of all samples contained only one neonicotinoid, 45% between 2 and 5 and 10% between 4 and 5.

"By current standards, the vast majority of the samples studied are of no concern to consumer health for the five pesticides studied," says Edward Mitchell, lead author of the paper.

However, the situation is more critical for bees. “Our study shows that they are exposed worldwide to concentrations of neonicotinoids that have important effects on their behavior, physiology and reproduction,” explains Alebi.

And is the man safe? Scientists are not so sure since the question remains open about the simultaneous presence of various toxic substances.

The study was published in Science.

add a comment of Three-quarters of the world's honey contains pesticides: the shock study