Food fraud: object of a thousand counterfeiting,extra virgin olive oil now has a new anti-fraud method low cost and fast which could be used directly at the point of sale.


A group of researchers from the Department of Chemistry and Industrial Chemistry of theUniversity of Pisa - coordinated by Valentina Domenici - has in fact developed a innovative anti-counterfeiting method for extra virgin olive oil.

The research to arrive at the new methodology lasted about four years, during which studies were made on aging and on the heat treatments to which olive oil can be subjected. The results were barely published sul Journal of Agricultural and Food Chemistry.

READ also: Extra virgin olive oil: that's why you should be wary of low-cost offers

THINGS - "Our method - explains Valentina Domenici - allows us to quantify, through a mathematical process of deconvolution of the UV-visible absorption spectrum, the concentration of four main oil pigments: lutein, pheophytin-a, feofitin-b and β-carotene ".

Basically, the oil is placed in a small quartz cell and in this way the spectrum is acquired which takes on a characteristic shape and immediately makes it clear if the oil was counterfeit or not. 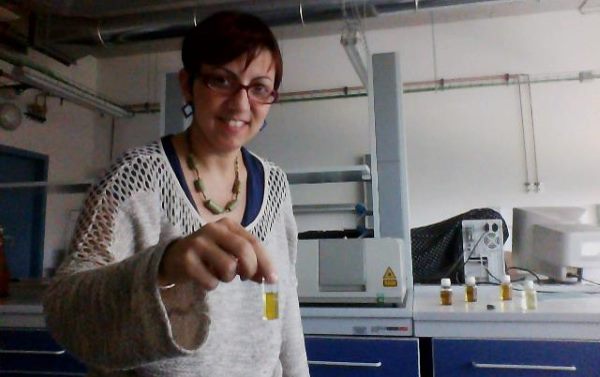 I pigments in fact, although they represent only 2% of the total compounds present in the oil, they are essential for testing the organoleptic qualities and revealing any fraud and manipulation.
The most common cases of counterfeiting are mixing with sunflower oil, poor storage in suboptimal conditions of light, heat and odors, and heating, which is usually used to eliminate those volatile substances that cause an odor and a unpleasant taste of the oil itself.

“In all these cases - concluded Valentina Domenici - the spectrum curve obtained changes substantially and becomes a spy that reveals the fraud. It only takes a few minutes and you already have the response, while using the most expensive methodologies, the only ones still contemplated by the European Union regulations, it takes on average one or two days of work in specialized laboratories “.

Food scams: 10 rules for the consumer. The Decalogue of the NAC

Extra virgin olive oil: green light for the law that saves quality and made in Italy oil

How to read oil and wine labels: the Guide

How to stop complaining to live better ❯

add a comment of How to unmask the fake extra virgin olive oil? Here is the new low cost anti-fraud method