Edison was right! You can really increase your creativity by sleeping if you take advantage of this precise moment of sleep 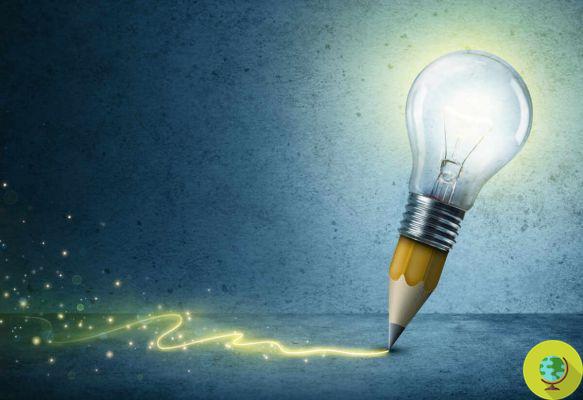 According to this study, it is true that there is a phase of sleep where you can stimulate the flow of thoughts and creativity to the maximum

According to this study, it is true that there is a phase of sleep where you can stimulate the flow of thoughts and creativity to the maximum


A study conducted by researchers from the Paris Brain Institute and the Pitié-Salpêtrière Hospita in the French capital confirmed what great geniuses and artists of the past such as Thomas Edison, Albert Einstein and Salvator Dalì already supported.

Turning on the light of creativity even in moments in which this would not seem to work is possible and accomplice is sleep or rather a phase that occurs before falling asleep completely called phase ipnagogica or N1. It is a particular state, of a more or less short duration, which elapses between wakefulness and sleep that can be characterized by hallucinations, strange sensations, but also by a very productive flow of ideas and thoughts.

To take full advantage of the perceptions of this phase, Edison used to rest with an object held in his hands, waiting for it to fall to the ground to suddenly wake up from sleep and write down all the thoughts that went through his mind.

In his case, this method seemed to work more than well and in fact its effectiveness was confirmed by the Parisian researchers who conducted an experiment on a group of 103 people who were given the task of deciphering a code after a short rest. The data showed that a Hypnagogic phase of 15 minutes tripled the participants' chances of solving the riddle. 83% have in fact deciphered the code in a maximum of 20 minutes, holding an object in their hands in the hypnagogic state.

The results are surprising, especially for those who consider sleep a waste of time and productivity, as Delphine Oudiette, author of the study, points out. A myth which, however, has been fully debunked and which opens up new paths on the potential of the human brain in the phases of rest.


Statin side effects: Cholesterol medication could cause hepatitis, symptoms to watch out for ❯

add a comment of Edison was right! You can really increase your creativity by sleeping if you take advantage of this precise moment of sleep