Buffalo mozzarella with caustic soda and tuberculosis: here are the companies that cheated consumers

Counterfeit and adulterated mozzarella, milk diluted with caustic soda or suffering from tuberculosis, provolone which was smoked by burning cartons and leaflets, containing glues, instead of shavings and straw required by law.

Counterfeit and adulterated mozzarella, milk stretched with caustic soda or suffering from tuberculosis, provola which was smoked by burning cartoons and flyers, containing glues, instead of shavings and straw required by law.


The one made known by the Caserta Finance Police within the operation is a disturbing scenario "Aristeo".

Illicit actions, fraud in the exercise of trade, sale of non-genuine food substances, sale of industrial products with false signs, counterfeiting of geographical indications or designations of origin of agri-food products.

There are many i crime challenged by the yellow flame to some dairies del Caserta, in particular the operation puts the production of DOP buffalo mozzarella from Campania.

As reported by Scatti di gusto, taking up the press release of the Public Prosecutor's Office, specifically, the Gdf of Marcianise has ordered ten precautionary measures, issued by the investigating judge of the Court of Santa Maria Capua Vetere - at the request of this Public Prosecutor's Office - against directors and shareholders of three well-known dairies operating in the provinces of Caserta and Naples and of holders of a bovine and buffalo herd in the province of Caserta.

READ also: THE HORROR THAT HIDES BEHIND THE BUFFALO MOZZARELLA (PHOTOS AND VIDEO)

The “Aristeo” operation made it possible to unveil a real one criminal system finalized to the adulteration of dairy products. Investigators therefore speak of counterfeiting of the designation of origin of buffalo mozzarella from Campania, through the use of an additive in the production cycle not allowed, again of the non-compliance with health protocols, of adulteration of the milk used in the production and marketing cycle of harmful products for health.

The reason for the food fraud is revealed thanks to the interceptions: “the quantity of buffalo mozzarella is often not sufficient to satisfy the market demand. We then move on to counterfeiting ".

Words confirmed by Andrea Mercatile, provincial commander of the Guardia di Finanza of Caserta, during the press conference at the conclusion of the Aristeo operation which led to the seizure of three companies and the arrest of those responsible. 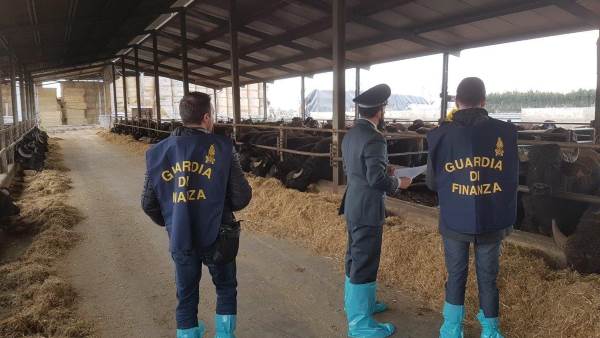 "A criminal association which operated in defiance of the law, but above all putting the health of consumers at risk. In fact, they had no qualms about using soured or affected cow's milk Tbc with which they extended the buffalo milk. To "correct" the taste and deceive laboratory tests, caustic soda was added to the milk. The mixing was often not perceptible to the taste ”, explains the captain Merchant.

There are three dairies from Campania involved, that is, those who adulterated the final product by using sodium hydroxide and cow's milk for the production of DOP buffalo mozzarella and more.

As stated in the press release signed by the public prosecutor, Marie Antoinette Troncone, the investigations revealed that the three dairies involved:

1) they marketed buffalo mozzarella with counterfeit PDO trademark, because it is produced with the addition of cow milk and that the latter, many times, was soured due to the long time elapsed between the moment of milking and the final processing;

2) adulterate systematically the milk used for production by adding caustic soda, with the intent of mask the process of aging and acidification;

3) marketed dairy products made with the milk thus adulterated;

4) introduced into the production process of dairy products, including milk from farms not free from TB (tuberculosis) without the adoption of the precautions imposed by the health protocol.

Specifically, the CASEARIA SORRENTINO srl of S. Maria La Carità (NA) by Vincenzo and Antonio Croce, he adulterated milk with sodium hydroxide who bought - among others from BRESCIALAT spa in Brescia -To then resell it, thus adulterated, to the dairy BELLOPEDE & GOLINO srl di Marcianise, managed by Salvatore and Luca Bellopede et al CASEIFICIO SAN MAURIZIO srl di Frattaminore (NA) managed by Gennaro Falconero, who “although aware of the adulteration, used this milk in the ordinary production processes. In practice, the older milk was thus adulterated and then mixed with another before resale ". 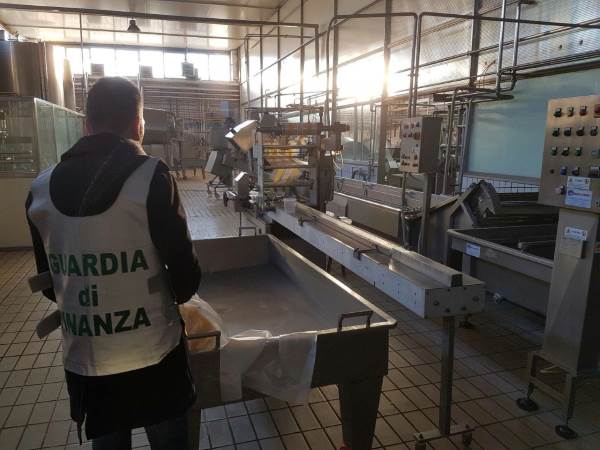 Practice, as certified by the technical consultant, absolutely forbidden by Regulation (EC) No. 1333/2008.

Investigators again ascertained that in June 2015 (from 12 to 21 of the month), the cow and buffalo milk farmers of San Polito Sannitico (CE) or Cannine Crispino, Cecilia Crispo and Anna Altieri, owners of as many individual companies, they sold raw milk from their farms which were not free from bovine tuberculosis.

Nevertheless, the breeders, through the intermediary Antony Jean Ciervo, they sold to the dairy BELLOPEDE & GOLINO srl, "With the full awareness of the latter, raw milk without any of the precautions imposed by the health protocol which by law had to be adopted to protect public health".

"From the technical investigations it then emerged, clearly, that all those involved in the commercial operations were aware of the fact that the farm was no longer free from TB".

It later emerged that the dairy BELLOPEDE & GOLINO srl di Marcianise, historical partner of the consortium for the protection of the DOP brand of buffalo mozzarella from Campania and one of the major national producers, produced the mozzarella that he sold with the certification of protected origin also using cow milk, in violation of article 3 of the production regulations approved by the Ministry of Agricultural, Food and Forestry Policies, which provides that certified Campania buffalo mozzarella is produced exclusively with fresh whole buffalo milk coming from farms present in the reference area.

A framework, defined by the Prosecutor's Office, alarming and characterized by "unscrupulous and systematic violation of sector regulations, aimed at protecting public health".

Il Gip of the Court of S. Maria Capua Vetere then ordered the arrest against the five directors of the dairies involved and the provision of a temporary ban on entrepreneurial activity for six months against four members of a family of breeders and a commercial intermediary of buffalo milk, held in various capacities to be co-responsible for the crimes of adulteration of food substances, trade in adulterated substances, fraud in the exercise of trade, trade in harmful food substances, sale of substances non-genuine food as genuine, sale of agri-food products with misleading signs due to the counterfeiting of the designation of origin.

In addition to the personal measures, the preventive seizure of the company shares and of the entire company assets:

- of the CASEIFICIO BELLOPEDE & COLINO Srl of Marcianise (CE), historic producer, distributor and trader of buffalo mozzarella from Campania, as well as a member of the consortium for the protection of the PDO trademark;

- of the CASEARIA SORRENTINO Srl of Santa Maria La Carità (NA), supplier of milk to the aforementioned dairies, for a total value of the protected assets estimated at over 10 million euros.

add a comment of Buffalo mozzarella with caustic soda and tuberculosis: here are the companies that cheated consumers