Aloe-based supplements have been banned from Europe for these reasons 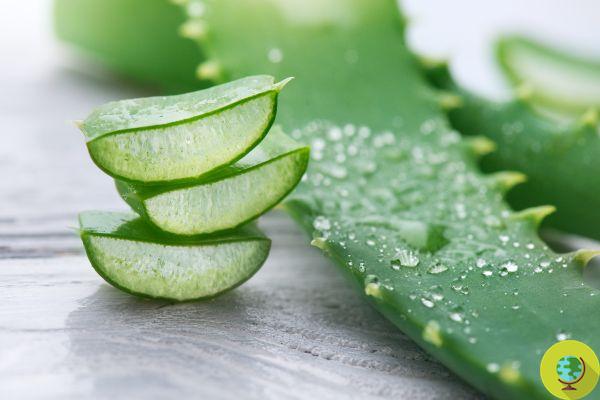 On 8 April, the new European regulation which prohibits the sale of products with aloe-emodin came into force.

In 2018, EFSA concluded that due to a lack of data, there is uncertainty in the safety assessment. Meanwhile, the Commission has proposed a total ban based on the precautionary principle and on 8 April, the new Regulation that prohibits the sale of products with aloe-emodin came into force


Always appreciated because considered one of the main natural remedies in the treatment of various ailments, the aloe-based supplements become products banned by the European Union: in fact, the European Commission stops the hydroxyanthracene derivatives, naturally present in aloe. But the producers are not there and sign a petition.

Already in March 2020, the European Commission had presented to the public consultation a proposal to ban aloe for alleged safety problems, a regulation that limited the use in food supplements of certain substances, hydroxyanthracenic derivatives (HAD), obtained from aloe and other plants.

Also read: These food supplements are dangerous and should be banned (including aloe juice)

Now, on April 8, 2021, the new EU Regulation 2021/468 has entered into force, amending Annex III of the 2006 Regulation which in Europe - as regards botanical species containing hydroxyanthracene derivatives - prohibits the sale of products containing aloe-emodin, emodin, dantronee preparations of aloe containing hydroxyanthracene derivatives and in addition establishes the rules on the addition of vitamins, minerals and other substances to foods (EC no. 1925/2006).

The Regulation of 18 March 2021 was published in the Official Journal of the European Community on 19 March 2021.

In particular, it is forbidden, among other things:

Meanwhile, the Ehpm (European Federation of Associations of Health Product Manufacturers), the Federation that brings together the European associations of food supplement manufacturers, speaks of "obvious scientific deficiencies" raising important concerns regarding the EU evaluation of botanical products and believes it is It is necessary to devote additional time to producers to rather confirm the safety of aloe.

Specifically, they launch the campaign is #WeFightForNaturalHealth and they ask "for more time to assess safety issues" and for manufacturers to have the opportunity to demonstrate that their products are safe. They remind the members of the European Parliament of the need to support them "by raising objections against the aforementioned regulation in the framework of the votes in the ENVI committee and in plenary". Finally, according to the EHPM, if the European Parliament approves the European Commission's proposal on aloe, thousands of jobs would be lost in the Union, while thousands more will lose their jobs in production plants around the world. Furthermore, it is a measure which severely limits the use of natural substances for health and which is contrary to the principles of the European Green Deal.

HERE you can find the petition.