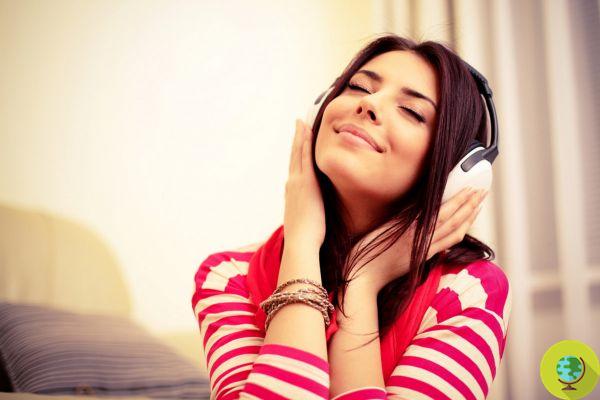 Here is the most relaxing song in the world according to science, a song whose beneficial effects have been tested in a study.

Have you ever noticed how your mood changes depending on the music you listen to and how certain songs, in particular, manage to relax? Well, according to the scientists there is a song that works better than Xanax against anxiety and stress, and is titled "Weightless".


On the other hand, the therapeutic power of music is well known to those who practice, for example, music therapy, and the trio is also aware of it. Marconi Union, who recorded, in collaboration with sound therapists and psychologists, what is defined as the most relaxing song in the world, "Weightless", which translated means "weightless".

Released in 2011, this song would be able to slow heart rate, lower levels of the stress hormone cortisol, and reduce blood pressure. And science confirms it!

In fact, before being launched as a "most relaxing song", it was tested in a study commissioned by the shower gel and shower gel company Radox Spa to the British company Mindlab International, directed by Dr. David Lewis-Hodgson.

During the test, as reported by the Telegraph, some women were connected to sensors and invited to solve puzzles to stress them a bit. Meanwhile, they listened to different songs and the researchers tracked their heart rate, blood pressure, breathing and brain activity.

Among the songs proposed there was also Weightless which proved to be more relaxing than the other songs by 11%, to the point of having induced a state of drowsiness in some of the women examined. Anxiety, while listening to the song, it was tiny 65%.

Thanks both to the musical principles used in the song, and to its carefully arranged harmonies, as Lyz Cooper, founder of the British Academy of Sound Therapy underlines, in the article published by the Telegraph at the release of the song, but also to its length, 8 minutes , indispensable time to influence the relaxation process.

That said, the most effective way to understand if the study in question is right or not, is to try to listen to it!

The playlist of the 10 most relaxing songs

And the team of scientists, as reported by the Telegraph, has also compiled the ranking of the most relaxing songs in the world, with Weightless in first place, here it is below: