Against alcohol abuse, Katy Perry launches a line of non-alcoholic aperitifs with maca, reishi and ashwagandha 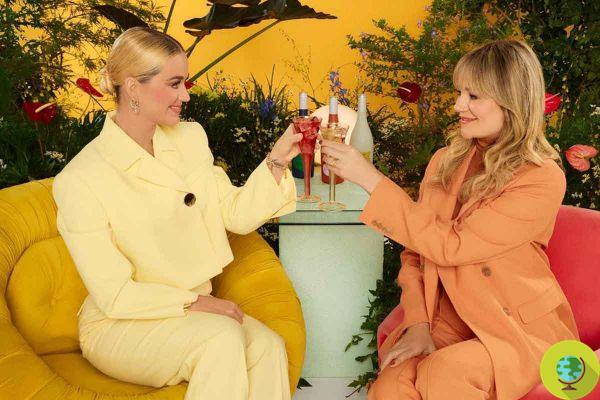 Katy Perry has recently launched De Soi, a line of non-alcoholic ready-to-drink aperitifs, sparkling and tasty but at the same time healthy. In fact, the drinks do not contain sugar and are enriched with some natural adaptogens. A valid alternative to avoid alcohol abuse.


Created together with Morgan McLachlan, co-founder of a Las Vegas company that produces vegetable drinks (Los AMASS), the new line of soft drinks is inspired by the French aperitif but also by the ethics of "pleasure in moderation" (maîtrise de soi means self-control).

The aim of the founders of the beverage brand was precisely to create aperitifs that were both tasty and similar to alcoholic drinks but also low in sugar and precisely alcohol free. Therefore being able to take advantage of the mood benefits of a good drink without risking the side effects caused by the unhealthy ingredients generally contained within it.

In these drinks, the traditional sugar has been replaced by natural sweeteners such as maple, date or birch syrup. While to extract the properties of the plants included in the drinks, alcohol was not used as a solvent but we used water-based botanical extracts to which all the other ingredients were then combined, before lightly gassing and pasteurizing the drink.

The De Soi line is available both in cans and ready-to-drink bottles in three flavors: Golden Hour, Champignon Dreams and Purple Lune, all enriched with natural adaptogens.

All the aperitifs of the De Soi line are slightly sweet with a hint of bitterness that contrasts, obtained thanks to the gentian root (commonly used in aperitif and digestive liqueurs) and the hop extract.

It is not the first time that Katy Perry has launched into a business in the health-conscious "Food and Beverage" sector, the well-known singer has already invested in another well-known company, Impossible Food, which produces vegetable meat.

Against alcohol abuse, Ireland imposes a minimum price for the sale of wine, beer and spirits ❯

add a comment of Against alcohol abuse, Katy Perry launches a line of non-alcoholic aperitifs with maca, reishi and ashwagandha