Would you eat insects? Here comes the energy bar based on larvae (PHOTO)

At first glance, no one would say, but this is a protein energy bar made from insect larvae. It was made by the students of the Zurich University of Applied Sciences (ZHAW) Stefan Klettenhammer and Meinrad Koch, as part of their dissertation

At first glance, no one would say it, but this is one protein energy bar based on insect larvae. It was done by the students of the Zurich University of Applied Sciences (ZHAW) Stefan Klettenhammer and Meinrad Koch, as part of their dissertation. The product won the prize of the Swiss Academy of Technical Sciences, attracting the interest of food producers and the media from all over the world.


The secret of success lies precisely in the fact that worms are not visible in the finger, for the realization of which only the extracted protein is used. A great novelty for the transformation of insects into food. Based on its nutritional value and sugar content, it snack with insects it is comparable to a conventional bar. The taste that is perceived by eating it is that of the fruits, while you do not feel at all the taste of the ingredients of animal origin.

The thesis "Development of a food product based on mealworms for mass production" was born as a solution to the food shortages suffered by part of the world population. Insects, as the FAO recalled, they can be a big one protein source to solve the problems of hunger in the world, but entomophagy (the eating of insects) in the Western world is still very little widespread. Hence the idea of ​​a freeze-dried protein extract used as a basis for the development of insect bar. 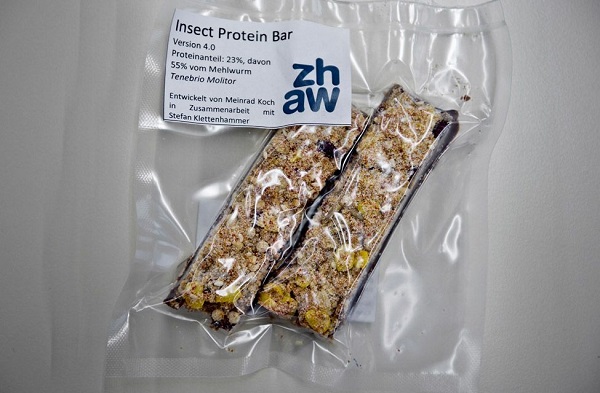 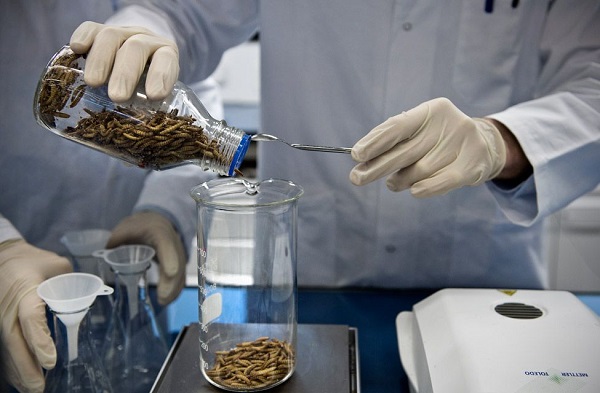 “The industry has recognized the potential of edible insects“, Says Klettenhammer, recalling that the quality of insect proteins is high and their production sustainable. With 10 kilograms of feed, 1 kg of beef or 6 kg of insects can be obtained.

La insect reproduction, in addition, it produces 100 times less greenhouse gases than that of livestock. And the water consumption is minimal. Perhaps, however, it is worth remembering that the most eco-sustainable and practicable choice remains the vegeterian / vegan one, whose reasons certainly go far beyond the lack of B12. If everyone embraced this philosophy, many of the current problems afflicting the planet would be solved, and without touching the insects.

Cricket bars to stock up on protein?

Does eating insects make you smarter?

Do you eat chicken? Do not wash it but cook it well ❯

add a comment of Would you eat insects? Here comes the energy bar based on larvae (PHOTO)