Do you eat chicken? Do not wash it but cook it well 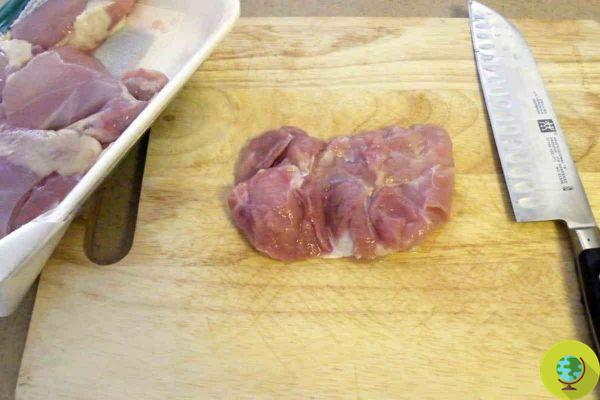 If you eat chicken, avoid washing it before cooking it. In this way, according to British experts, there is no risk of spreading bacteria and consequently getting food poisoning.

Who eats chicken and home cooking should know that it should not be washed but simply cooked very well. To underline this is a campaign that started from the United Kingdom and more precisely from the British agency that deals with food safety, the Food Standards Agency (FSA).


The campaign is titled “Don't wash your chicken”, which means don't wash your chicken. You are wondering: why? According to experts, washing raw chicken meat just before cooking it would be dangerous as it is it would increase the possibility of bacterial contamination and consequently of possible food poisoning.

A custom, that of washing the chicken, which at first glance might seem a good hygienic norm and which in England is carried out by 44% of people. But in reality, the experts point out, the chicken in contact with water splashes can go to contaminate with bacteria such as Campylobacter, hobs, people and objects that are nearby: it is no coincidence that this bacterium is very often found on sponges and kitchen utensils.

It seems that Campylobacter (particularly present in the intestines of chickens) affects about 280 thousand people every year in Great Britain with consequences that in some cases can be even serious.
If you really have to eat chicken then, do not wash it but rather cook it for a long time and after any contact with raw meat, wash your hands well.

- Chicken Nuggets: Do you know what's inside chicken nuggets?

Do you eat chicken? Everything you should know and the contraindications you don't expect ❯

add a comment of Do you eat chicken? Do not wash it but cook it well