The wonderful art of forgiveness

We have to recognize this: when it comes to forgiveness, women do better than men. It is clear that this is not a gender bias but scientific evidence: numerous studies carried out both on samples of young adults and on subjects of more "mature" age have shown that men have more difficulty in excusing those who have done them a injustice.

We have to recognize this: when it comes to forgiveness, women do better than men. It is clear that this is not a gender bias but scientific evidence: numerous studies carried out both on samples of young adults and on subjects of a more "mature" age have shown how men find it harder to excuse those who have wronged them.

But when, somehow, they understand that they too would have been capable of the same actions, some empathy is activated and, consequently, those behaviors become less serious and easier to forgive.

Whether you are men or women, learning to forgive is essential: for everyone. Not only because clemency, benevolence and tolerance towards others predispose to positive personal mental states, avoid depressions, useless attachments to the past with a train of resentment and "stomach ache" that follow (anger always has clear repercussions also on a somatic level ) but somewhat regardless: considering forgiveness as something done as a gift.

"Forgiving is, in its essential meaning, the pure act of giving. To forgive. Without further purposes, without any logic of opportunity or convenience or other desire that is not the liberation that giving in this way generates ”: warns Daniel Lumera.

Behind this reading of forgiveness opens up a world that whispers to us that every experience is not accidental and that any heaviness (given by the type, modality, content of the behavior that has hurt us) yes, determines the necessary time for "digestion" but then, in the end, if all the elements are metabolized, it still becomes nutritious and useful.

With this awareness, for-giving becomes the way forward, letting go of the past; it allows us not to remain frozen in a time that has somehow been co-constructed, while at the same time treasuring the lessons learned. 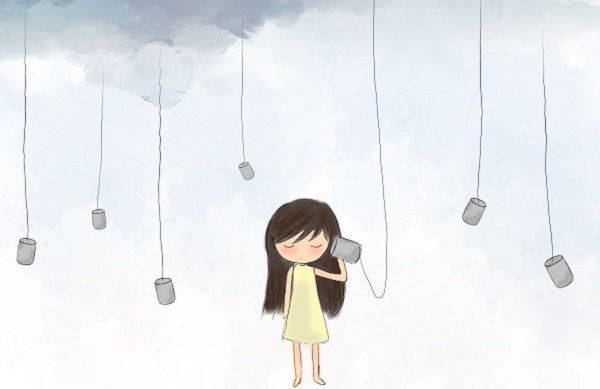 In his book "The art of forgiveness", Everett Worthington list five steps to reconcile with those who have offended us and thus heal our inner wounds:

BUY THE BOOK THE ART OF FORGIVENESS ON AMAZON

Second Lumera the ability to know how to give begins with the courage to make three promises: to take responsibility for one's life; to be available for change; to have the courage to dare, choosing one's talents and the life that feels right for itself.

It is worth it because if it is true that forgiveness does not change the past, it is certain that - as a well-known aphorism by Paul Boese recalls - it widens our future. A nice gift.

The wonderful legend of the blue butterfly ❯

add a comment of The wonderful art of forgiveness