You think of Mexico and you say tacos. What if the traditional Mexican dish, which has also conquered fast food restaurants, is no longer a corn or wheat tortilla stuffed with meat? Cate de mi Corazon, a vegetarian restaurant in the "La Condesa" barrio in Mexico City, has taken on the difficult task of reinventing the taco in a veg way.

You think of Mexico and you say tacos. What if the traditional Mexican dish, which has also conquered fast food restaurants, is no longer a corn or wheat tortilla stuffed with meat? cat of my heart, vegetarian restaurant in Mexico City of the barrio “La Condesa”, has taken on the difficult task of reinventing the taco in a veg way.

In fact, in the Central American country there is a growing diffusion of the vegetarian or vegan lifestyle, especially among young people. Just like it is also happening in China. But, explains Lucia Sandoval, 28, director of Cate de mi Corazon, Mexican food and wine culture can sometimes make this choice difficult: "we are too used to eating red meat, chicken and fish ”.

She has been a vegetarian for almost a year. A choice that came mainly for health reasons. "I was having terrible stomach pains so I decided to try a vegetarian diet, what could have been worse?" My surprise was that I began to feel better, not only physically but mentally as well. My attitude, as well as my general well-being, immediately improved. I felt happier and lighter ”, continues the owner.

Thus, he wanted to show that the power change it didn't mean giving up one of the country's most loved dishes. And he decided to start serving meatless tacos, made only with local ingredients and without preservatives. A taco veg, organic and zero kilometer, in short. Her favorite recipe? The imagination: her dishes are born from the creative use of fresh vegetables, sauces and spices from authentic Mexican flavors. 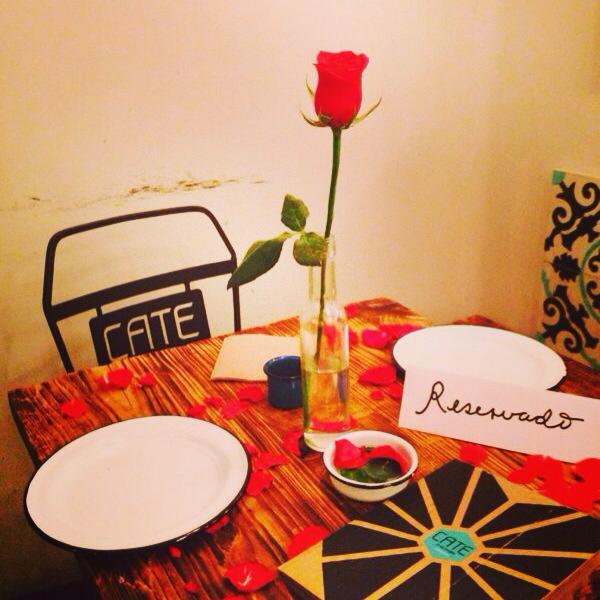 Customers seem to enjoy it, much more than they do with street food. “Tourists in particular are always looking for hygienic places to eat and it's quite interesting that 40% of our customers are not vegetarians: they come here for the spices and flavors and they want to eat something truly Mexican ”.

Cate isn't the only vegetarian and vegan eatery in Mexico City. Just to give an example, in Manzanillo, there is Por Siempre Vegana Taqueria, which serves tacos with soy and vegan cheeses, while in Calle Carrillo Puerto there is the cheap Vege Taco. 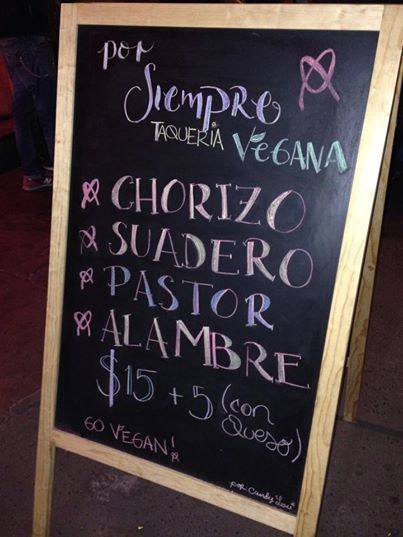 A result to be proud of, because the revolution starts from the plate.

Boom of vegans and vegetarians in China, to fight pollution
Homemade Tortillas and Tacos
Tacos Fusion: Lion meat on the menu

add a comment of Mexico: the taco goes veg. Boom of vegetarian restaurants