Long live the blueberries, the fruits that fight infections 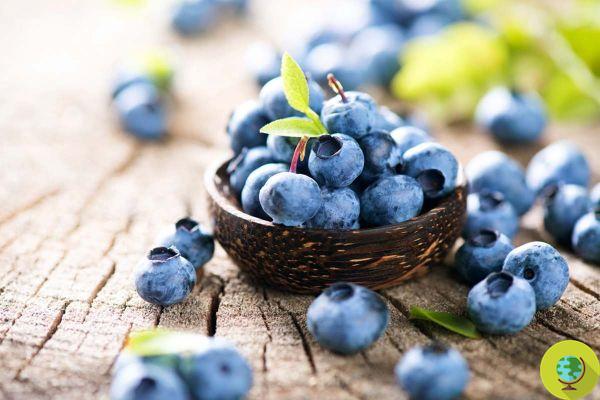 Blueberries are truly capable of curing several types of infections, including the most well-known urinary infections. Confirmation of what is already known in popular culture and other similar studies comes from a study by Canadian researchers from the McGill University Department of Chemical Engineering.

Blueberries are truly capable of curing different types of infections, including the best known urinary infections. The confirmation of what is already known to popular culture and to other studies of the same type comes from a study by Canadian researchers of the Department of Chemical Engineering della McGill University.

THEblueberry extract, reveals the study, published in the Canadian Journal of Microbiology, would have the ability to inhibit the action of the bacterium Proteus mirabilis, known to be responsible for urinary tract infections. For this reason, the researchers believe that it can also be used in the prevent bacterial colonization in medical devices such as, for example, catheters and tubes that carry fluids and drain urine, which until now have allowed bacteria to easily enter the body and infect tissue or blood.

These findings build on previous work by the same team, which showed that cranberries hindered the movement of other bacteria involved in bladder infections. And bacterial movement is a key mechanism in the spread of infections. "Although the effects of blueberry on living organisms remain subject to further studies, our findings highlight that blueberry consumption could play a role in preventing chronic infections," explains Professor Nathalie Tufenkji, author of the study.

In short, a good step forward, especially considering that today over 150 million cases of urinary tract infections are reported worldwide every year, and thatAntibiotic treatment remains the standard approach for managing these types of infections. But the current increase in bacterial resistance to antibiotics underlines the importance of developing another, more natural approach: in this case, based on delicious blueberries!

Xanthophobia, the particular fear of yellow: what it is, causes, symptoms ❯

add a comment of Long live the blueberries, the fruits that fight infections