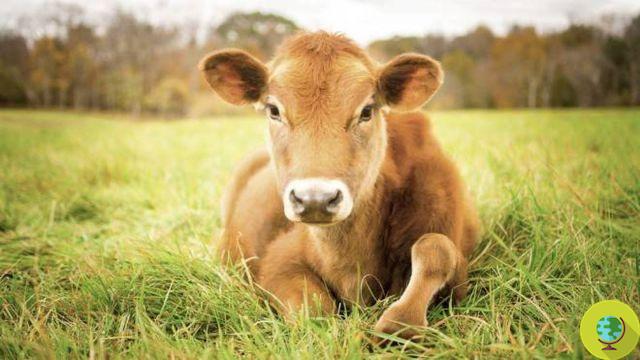 The horse meat scandal, now headlined as a "horse gate", clearly shows the dark side of meat production and trade, with factory farming destroying the natural world. This is what a new United Nations study, entitled Our Nutrient World ", in which experts urge the populations of the rich world to become" demitarians "says.

Lo horse meat scandal, now in the headlines as "horse gate“, It clearly shows the dark side of meat production and trade, with factory farming destroying the natural world. This was stated by a United Nations study, entitled "Our Nutrient World", in which experts urge the populations of the rich world to become "demitarian", or to undertake a diet in which you halves the amount of meat currently consumed, in order to avoid serious environmental damage (and more).

“There is a risk linked to the food chain. So it's a good time to talk to people about it, ”explained Professor Mark Sutton, who coined the word "demitarian" and is the author of the study published today by the United Nations Environment Program (UNEP) against factory farming, which have diverted large quantities of grain intended for human consumption, require intensive use of fertilizers, pesticides and herbicides and, according to the UNEP report, “They have caused water and air pollution, damaging human health”.

The answer to this perverse mechanism? More vegetables and less animal protein in the dishes, says Sutton, urging us to reduce meat consumption: “Portion size is the key. They are often too big, more than you want to eat. We need to start thinking about a cultural change, driven by a thought that says 'I like the taste, but I don't need such a huge amount' ". It will also be the beginning of ahealthier nutrition.

Men warned, means saved: according to Unep "if we do not act immediately, the increase in pollution and the per capita consumption of energy products and animals will increase nutrient losses,pollution layers and land degradation, further threatening the quality of our water, air and soil, affecting the climate and biodiversity “, reads the report, which also defines a series of measures with which agriculture could be more respectful of the environment.

They range from reducing the use of herbicides to capturing greenhouse gas emissions from production, from reusing waste, such as manure, to treating wastewater with modern techniques that can also save hundreds of billions of dollars. The Unep proposal, a starting point, perhaps, towards vegetarianism or veganism, would lead to many positive side effects: a healthier diet, better air quality, greater availability of water, a rationalization of the use of energy and food production, with a ipositive impact on the environment, animal health and welfare.

Let's use less WhatsApp and hug each other more ❯

add a comment of It is urgent to halve meat consumption: Unep invites us to become "demitarian"