Is quinoa a cereal? It depends on who you ask

Quinoa, a food rich in nutrients and properties. Everyone agrees on its benefits but when it comes to defining what you are talking about, the matter starts to get complicated. Is quinoa a cereal or not?

Is quinoa a cereal? The response of a nutritionist and a botanist may be different


Quinoa Salad, a food rich in nutrients and properties. Everyone agrees on its benefits but when it comes to defining what you are talking about, the matter starts to get complicated. Quinoa is or is not a cereal?

Thousands of years ago the Incas dubbed quinoa "mother grain" as it was the most important crop for their subsistence. Even today many people consider quinoa a cereal because it is consumed as such but at a botanical level it is actually something else.

Therefore, depending on who is called to answer the question, the conclusion could be different.

The botanist's answer: no

A botanist would have no doubts in answering: no, quinoa is not a cereal. If we speak scientifically, quinoa is a plant of the same family as amaranth (Amaranthaceae) that grows in South America and can even reach 9 meters in height.

It is more closely related to spinach than wheat and farmers harvest the small seeds of this plant for food consumption. 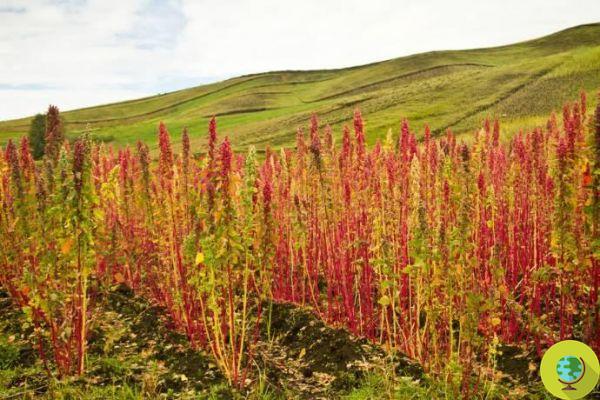 The dictionary answers yes, or almost. Just as we usually call the tomato vegetable for example (in reality technically it is a fruit), we could define quinoa a cereal, avoiding being trapped in a restrictive scientific definition and in some cases not very useful (since it is easier to define things in terms of how we use them rather than their real nature).

For quinoa, but also for amaranth and buckwheat, the term "pseudo cereal" was coined to indicate those foods that cannot be botanically considered cereals but which are commonly used and known as such.

A nutritionist, in a functional way to his job, would say that yes quinoa is a cereal. This obviously because within a diet it is used like wheat, rice, spelled, barley, etc. associating it with vegetables or legumes.

The "The Whole Grains Council", a consumer advocacy group that promotes the consumption of whole grains, recognizes quinoa as a pseudocereal but still classifies it as a whole grain due to its nutritional profile and similar preparation method compared to real cereals.

Even the nutritionists who propose the paleo diet would say the same: quinoa is to be considered a cereal and therefore its consumption should be avoided (remember that this restrictive diet does not allow you to include wheat, rice and all other types of cereals and pseudocereals). 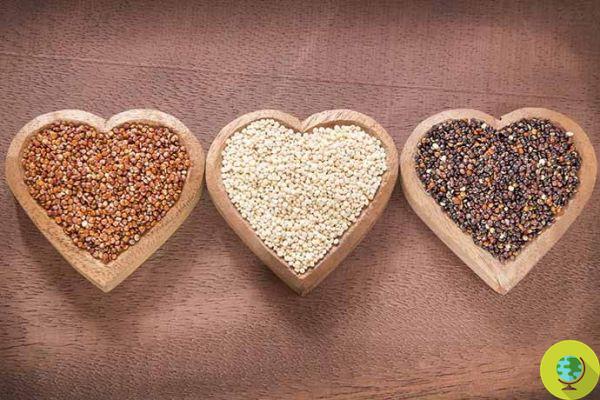 However, these are only definitions, what matters is the substance. Quinoa is a food that, although not zero-kilometer (we can however buy it from fair trade), can play an interesting role in our diet if consumed in rotation together with other cereals or pseudocereals.

Not sure how to cook it? Here are our recipes to experiment with:

Research on the harm of sugar hidden for 50 years ❯

add a comment of Is quinoa a cereal? It depends on who you ask