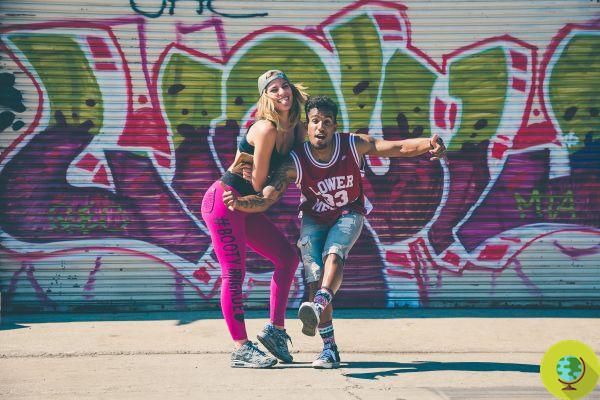 Music, as we know, is healing and more and more researches try to understand how it can positively interact for the benefit of our health. An interesting study explored the possibility of the hip hop genre to foster brain abilities.

Music, as we know, is healing and more and more researches try to understand how it can positively interact for the benefit of our health. An interesting study explored the possibility of the genre hip hop to favor the brain capacities.


A team of experts from the University of Cambridge is increasingly convinced that hip-hop may have the power to heal neurological disorders. The research group is in fact analyzing the brains of rappers to determine what the effects of this music are on the body and in particular on the brain.

According to what has been discovered to date, it has been seen that those who practice and listen to this musical genre are in a unique "state of flow" that triggers the action of "parts of the brain responsible for emotion, language, motivation, motor function and motor processing ". This type of stimulation, according to the research team, can greatly improve the lives of people suffering from neurological diseases.

The study, part of a larger program from the National Institutes of Health (NIH), also looked at other forms of music as well as analyzed the brain of an opera star. It turned out that several brain regions were more active when a singer imagined singing than when she actually did.

"We are trying to understand the brain not only to be able to deal with mental disorders or diseases or injuries but also to understand what happens when a brain is functioning properly and when it is moving at a really high level," said researcher David Jangraw.

For victims of stroke or neurological disorders, music could also be very useful in cases where language skills and memory are impaired. As stated by the director of the NIH, Dr. Francis Collins:

In essence, the NIH program aims to improve doctors' understanding of different musical forms to truly be able to use music in a healing way. Learning to play an instrument, for example, sharpens the way the brain processes sound and can improve children's reading and other school skills.

But back to hip hop, although this genre is often criticized as being accused of promoting violence, misogyny and drug abuse, more and more people are starting to praise it for its therapeutic benefits. This is not the first time that hip hop has been talked about in relation to mental health.

In 2016, several New York schools drew attention for introducing a new program called “Hip-Hop Therapy” aimed at teaching students healthy forms of self-expression. But above all, two Cambridge researchers are convinced that listening to and writing Hip Hop songs is a great way to voice your fears, fight depression and other mental pathologies.

These are the neuroscientist Becky Ikster and the psychiatrist Akeem Sule who founded Hip Hop Psych, a project that also involves famous rappers and wants to demonstrate how in reality this very "strong" genre can help people deal with their psychological problems and thus improving mental health.

You may also be interested in the effects of music therapy:

The uses of hip-hop envisioned by the two experts include having patients write and rap their lyrics as part of therapy. It is also proposed to use hip-hop to teach medical students about psychiatric illness.

HIV, another patient recovered thanks to stem cell transplant ❯