HIV, another patient recovered thanks to stem cell transplant 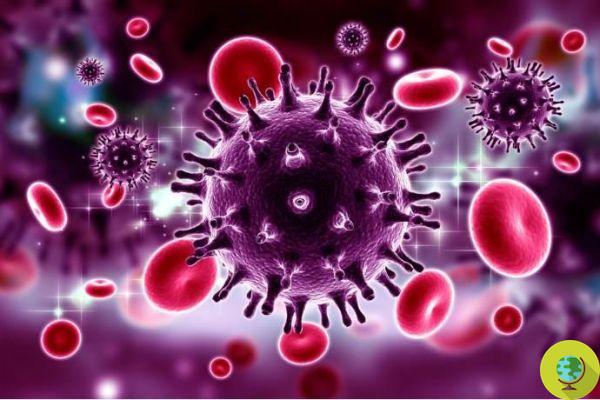 HIV: the milestone of remission of the virus for over a year has been reached for the second time in the history of the epidemic.

HIV-positive and suffering from blood cancer, he undergoes a bone marrow transplant receiving stem cells and is cured of the HIV virus. It is the story of the one who made the headlines as the "London patient" who, thanks to a donor with a rare genetic mutation, managed to defeat a virus receptor and recover.


This is the second time since the HIV epidemic has killed over 80 million since the early 35s. The first case of recovery was 12 years ago, that of Timothy Brown, the "Berlin patient", and today the goal of remission of the virus for over a year has been reached again in that HIV-positive man with cancer treated in London , who was able to stop antiretroviral treatments without the virus returning.

The credit goes to some researchers from the Imperial College of London, who have collaborated with the universities of Cambridge and Oxford.

Both patients received stem cells from a donor with one rare genetic mutation of the CCR5 gene, which blocks the expression of an HIV receptor (the CCR5 protein). In the London patient, whose diagnosis of HIV infection dates back to 2003, the virus has been in remission for 18 months, after the suspension of antiretroviral therapies. In 2012, the man was diagnosed with Hodgkin's lymphoma, a type of cancer that affects the lymphatic system, or the tissues that defend the body from external agents and diseases. For this reason, in addition to chemotherapy, in 2016 the patient received a transplant of bone marrow stem cells called "hematopoietic" (which give rise to all blood cells) from a donor with two copies of the genetic variant CCR5 Δ32.

The CCR5 protein is the best known receptor of the HIV-1 virus (more widespread than HIV-2): people with two mutated copies of the CCR5 allele ("allele" indicates the alternative states of a gene that can occupy the same position on homologous chromosomes and which control variations of the same character) are resistant to the HIV-1 virus and therefore cannot contract the infection. The transplant thus had a double positive effect: against cancer and against HIV.

The procedure itself can never be offered as a permanent cure for HIV infection, the researchers point out, because stem cell transplants carry risks. People with HIV can still stay fit and well with a normal life by taking a daily pill, but the announcement, says Anton Pozniak, president of the International Aids Society, "marks a critical moment in the search for a cure."

"While not a viable full-scale strategy for a cure, these new findings reaffirm our belief that there is evidence that HIV is curable," he said.

The study was presented at the Conference on Retroviruses and Opportunistic Infections, in Seattle, USA, and was published in the journal Nature.

add a comment of HIV, another patient recovered thanks to stem cell transplant