These breakfast cereals are causing vomiting and diarrhea in over 500 children and adults, FDA investigation begins in the US 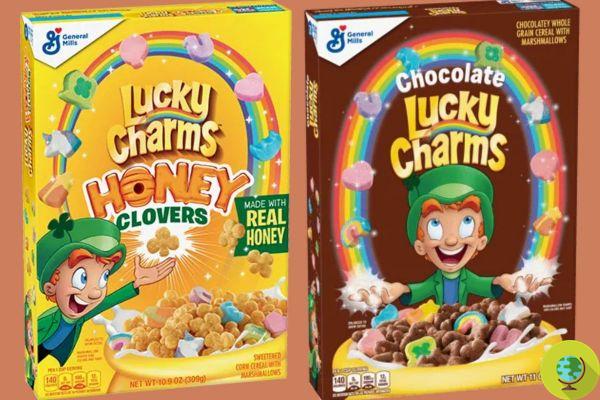 Although not yet withdrawn from the market, many consumers have already stopped buying these cereals fearing intoxication - while psychosis is spreading on the web

The Food and Drug Administration (FDA) has registered more than 500 "adverse event" complaints related to the intake of a particular breakfast cereal brand and has initiated an investigation into the ongoing outbreak.

Although the FDA statement does not mention the name of the brand or the age of the consumers affected by food poisoning, some newspapers confirm that the products in question are the colorful Lucky Charms cereals, intended for children. As of May 4, there were 529 reports of small consumers who felt ill after consuming the aforementioned cereals.

The alarming situation, however, is not new: in fact for some months already there have been reports of consumers who have accused vomiting, nausea and diarrhea after eating Lucky Charms cereals - collected on a portal created especially for reports of food poisoning, IwasPoisoned.com (literally "I have been poisoned").

(Read also: Kinder eggs, how many children have been contaminated with salmonella? Official updated data)

But not only that: many consumers are complaining on the portal telling many different symptoms, even more than 4.500 - there are even those who report that they have not been able to get out of bed for a whole week! But where is the truth? Is it a real mass poisoning or more simply a psychosis triggered by word of mouth on TV and social networks?

FDA experts who are investigating the matter are wary of answering this question. The degeneration of news related to food poisoning that has put the population in an unjustified panic is not excluded.

As explained by William Marler, an expert food safety lawyer, many people have a habit of looking for common symptoms on the internet and hoping for an exact diagnosis without seeking medical advice: even in the case of Lucky Charms cereals, the search on the web for symptoms such as vomiting or diarrhea, connected to the consumption of these cereals during the same period of the ailments, has made many people think that they have had food poisoning.

It wouldn't be the first time something like this has happened. A few years ago, also in the United States, several people became ill with salmonella due to the presence of the bacterium that had contaminated the Peter Pan brand peanut butter. Even in that case, thousands of people came to the FDA worried that they had contracted salmonella only because they had suffered stomach ache at the same time they were also consuming the product in the eye of the storm.

This is not to say that people knowingly lie when it comes to cases of food poisoning - it's just that getting carried away by the alarmist news heard on TV can lead many consumers to become influenced and mistakenly attribute their symptoms to that contamination. Meanwhile, more and more consumers are stopping buying Lucky Charms cereal as a form of prevention, even though a formal FDA recall of the products has not yet been issued.

This is the best food to eat every day to live up to 100 years, according to science ❯

add a comment of These breakfast cereals are causing vomiting and diarrhea in over 500 children and adults, FDA investigation begins in the US