This is the best food to eat every day to live up to 100 years, according to science 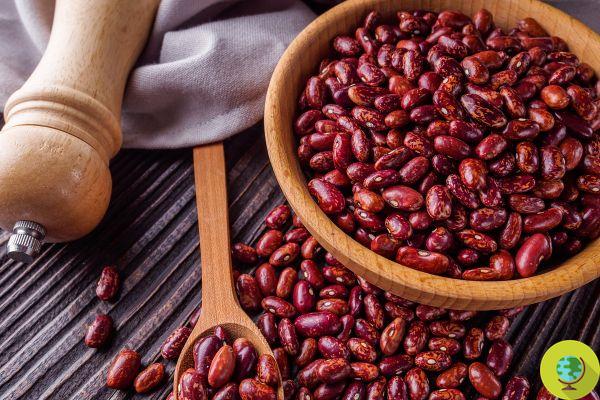 Food is important for a long and healthy life. New research has highlighted what is the best food to live up to 100 years

Food is important for a long and healthy life. New research has highlighted what is the best food to live up to 100 years


Uno study published in Circulation looked at participants who ate a typically Western diet - that is, rich in red meat, processed foods, refined grains, and sugar - and a healthier diet consisting primarily of legumes, vegetables, fruit, and whole grains. After an 18-year follow-up, the researchers found that those who followed the second diet saw a 17% decrease in total mortality risk and a 28% lower risk of death from cardiovascular disease.

The study also found that those who followed the Western diet had a 21% increase in total mortality, and a 22% increase in cardiovascular disease mortality as well. So if diet plays a key role in our lifespan, what are the better foods to eat? According to science, one of the best foods to eat to live up to 100 years is beans.

The researchers studied the blue zones of the world, i.e. the areas with the highest number of centenarians (people living up to 100 years), and found many similarities in diet and lifestyle between the regions, one of which is the consumption of legumes.

The scholars took these findings and created what is known as the blue zone diet, as a means to help people pursue longer and healthier lives.

According to the American Journal of Lifestyle Medicine, there are several common denominators between these regions, namely healthy eating and, above all, plant based, active lifestyle and moderate alcohol consumption.

Researchers from the Blue Zone Diet found that people in these areas who lived the longest ate about one cup full of beans per day. Why are beans so important?

For one thing, beans are high in plant-based protein and fiber and contain almost no fat. In 1 cup of black beansfor example, there are 15 grams of protein, 15 grams of fiber, and less than a gram of sugar and fat.

Getting adequate levels of fiber is linked to a longer, healthier life and, according to the Gerontological Society of America, has been found to reduce the risk of trough, hypertension, diabetes and even dementia.

Beans also contain a powerful antioxidant called polyphenol, an effective compound for healthy aging; in addition, according to one review of the International Journal of Molecular Sciences, polyphenol is found in many different types of beans, such as black and red, and has been shown to have anti-inflammatory properties, antidiabetic, antiobesity e cardioprotettive.

How to get beans into your diet

Given the important ones benefits of beans, it is essential to incorporate them into your diet so that you are getting more protein, fiber and antioxidants that will help you live a longer life. (Read also: Natural antioxidants: 10 foods against free radicals and aging)

If you love a savory breakfast, you can try them in a vegetarian black bean omelette or for lunch in a quick and easy flatbread, another idea is to use beans as a side dish along with a vegetable, such as spinach.

add a comment of This is the best food to eat every day to live up to 100 years, according to science