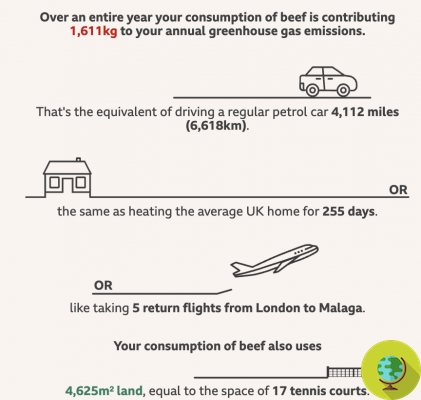 As small as it is ecologically devastating. It is the shrimp, whose farming is destroying entire ecosystems across Asia, the continent where, according to a United Nations report, approximately 80% of world production is found.

As small as it is devastating from the point of ecological view. It is the shrimp, whose farming is destroying entire ecosystems across Asia at an incessant rate, continent where, according to a report by the United Nations, it would be located about l'80% of world production.


But this subversion of environmental laws caused by the shrimp industry, how much does it cost us? Biologist J asked. Boone Kauffman, of‘Oregon State University, which he decided to quantify the true "price" of shrimp harvesting, which certainly had a decisive role also in aggravating the destruction caused by tsunami.

Well, over 13 square kilometers of mangrove forest are razed to produce a kilo of crustaceans. Which means that "the carbon footprint of shrimp on land use is about 10 times higher than that of an equivalent amount of grazing beef produced by clearing the tropical rainforest," says Kauffman. In short, a portion of just 100 grams of shrimp brings with it an ecological footprint equivalent to 198 kilos of CO2. Because every dollar produced by exporting crustaceans leaves behind enormous ecological and economic destruction. After the abandonment, in fact, "the land needs 35 to 40 years to recover", explains the biologist. By comparison, the devastation and deforestation left behind by a cattle ranch looks almost rosy.

One of the most serious problems associated with this type of farming is the destruction, along the tropical coasts, of large areas of mangrove forests to make room for aquaculture facilities. "But mangroves are not only the cradle of a very rich animal and plant biodiversity - explains Slow Food - they are also a bulwark against soil erosion and a sort of buffer zone that protects coastal regions from hurricanes and tsunamis". Their disappearance also has catastrophic consequences on artisanal fishing, with the salt water coming from the breeding basins which can cause the salinization of arable lands.

Not to forget, then, the equally significant pollution dewaste in coastal waters: uneaten food, excrement, plankton, bacteria, dissolved materials (ammonia, urea, carbon dioxide and phosphorus), antibiotics and other chemical compounds such as disinfectants, soil and water conditioners, pesticides and fertilizers. In short, a simple shrimp dish can be very expensive. And not just for the pockets.