Sleep, memories and memory: what happens to your brain while you sleep 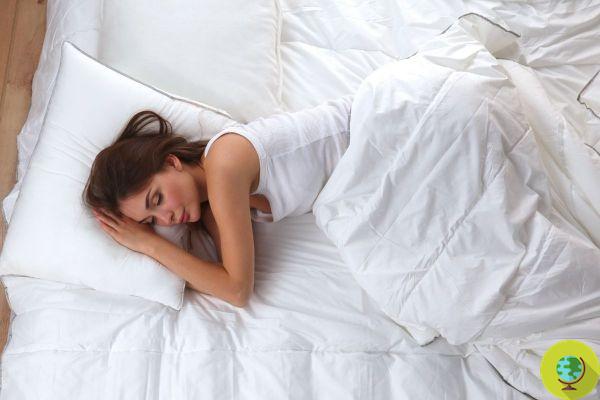 While we sleep, the brain creates patterns that merge into each other, and thanks to which previous experiences are reactivated.

Sleeping helps to fix memories better: while we sleep, in fact, the brain creates particular patterns that merge into each other, and thanks to which previous experiences are reactivated. The stronger the reactivation, the clearer it will be in our memory of that experience.


Scientists have long known that slow oscillations and 'sleep spindles' (sudden bumps in the brain's oscillatory activity, lasting between half a second and two seconds) play a vital role in the formation and retention of memories.

But researchers from the University of Birmingham, together with German colleagues from Ludwig-Maximilians-Universität (Munich), have discovered that it is the combination of these two movements that 'opens' windows in which lived experiences are reactivated, thus helping to cementing memories in the human brain.

Our main means of strengthening memories during sleep is the reactivation of the experiences or notions learned while awake, which allows to solidify the memories in the long-term neocortical memory - explains Professor Bernhard Staresina of the University of Birmingham. - We have discovered an intricate system of interaction within the brain that allows this reactivation.

Reactivation of memory is specifically related to the presence of slow oscillations - he comments Thomas Schreiner, of the Ludwig-Maximilians University. These findings shed new light on the function of sleep for memory in humans, and emphasize the importance of regular sleep patterns to strengthen our ability to recall well-constructed memories.

Prior to this study, there was little scientific evidence of the human brain's ability to reactivate memories during sleep. For this research, the team devised innovative tests in which participants were given information before they were required to take a nap, during which their brain activity was closely monitored by EEG. Upon awakening, they were asked to recall the memory of information learned before sleep, to allow researchers to test their ability to store sleep-related notions.

The results revealed a 'reactivation' of the learned material (or of the experiences already lived) during the alternation of slow / fused sleep oscillations. Furthermore, the ways of intertwining these two different brain activities can give us information on the intensity of the reactivation and, consequently, predict the level of memory consolidation in the human mind.

Toxic and Chemicals in Foods: OpenFoodTox, the database that lists them ❯

add a comment of Sleep, memories and memory: what happens to your brain while you sleep