Pfas are everywhere and their long-term effects are still unknown. The only solution is to stop using them 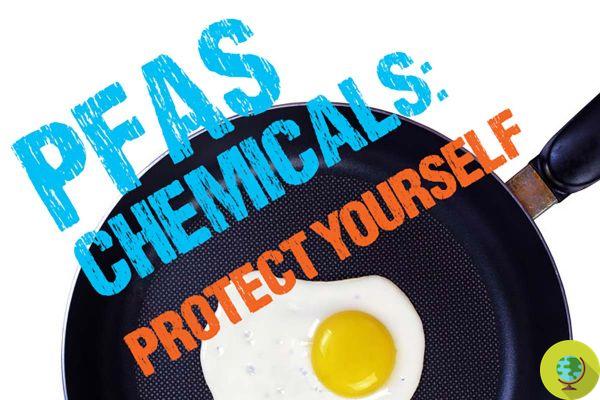 Pfas are everywhere and the long-term effects are not known. Environmental chemist Ian Cousins ​​takes stock of the situation

PFAS (perfluoroalkyl substances) are now everywhere, in fact they are found in many everyday objects but also in rainwater, in the oceans and in the dust of our homes. To take stock of the situation is the environmental chemist Ian Cousins, convinced of the fact that these substances are still too underestimated and little known today.


PFAS are used in various products: from paints to food packaging, from household products to cosmetics. They are also found in the top layer of solar panels, artificial turf and fire fighting foams.

The fact that they are so widespread often causes these substances to contaminate water, air, soil and obviously also the human organism. You may recall that PFAS have also been found in human breast milk.

Globally, PFAS have been found in rivers, lakes, wetlands and in every ocean, even on Everest and in Arctic sea ice. But without going that far, just think that PFAS are also found in the dust of our homes, as recently discovered by a study. (Read also: House dust contains Pfas and other toxic substances).

The problem is that too little is known about how this general contamination can affect our long-term health, although exposure to some PFAS has been linked to fertility problems, changes in metabolism and an increased risk of obesity and cancer.

Professor Ian Cousins, environmental chemist at the University of Stockholm, has been studying this huge and diverse group of chemicals for over 20 years. The expert, as reported by The Guardian, remembers that by now the PFAS (known as forever chemicals in English) are found everywhere:

Wherever there is society, there is the use of PFAS. PFAS are raining everywhere - you will find them in rainwater wherever you live at higher concentrations than the environmental standards set for rivers.

However, it is important to specify that not all PFAS are toxic to humans:

Mapping the PFAS universe and trying to figure out which ones are bad and which aren't, is an important activity, but it will take decades and it may be too late to do something about it. (…) Some PFAS could have catastrophic effects, but it is difficult to predict them. We may find that we have all used a chemical that will make us sick, but that is very difficult to remove from the environment.

Many short-chain PFAS, in fact, dissolve in water, most remain close to the surface, in a layer between 50 and 200 meters deep. Gradually, however, this layer mixes with deeper water and some chemicals sink, ending up in sediments or the marine food chain.

Some then, such as PFOA, act as detergents, repelling water and rising to the surface, to be released back into the atmosphere. Cousins ​​and his team found that some PFAS are released as marine aerosols or droplets in marine spray, when wave movements create air bubbles.

A contamination therefore really difficult to stem, if not by stopping using these substances. In fact, Cousins ​​believes that:

We shouldn't release these man-made substances into the environment because they circulate in water systems. Some transform into more damaging PFAS before returning to the air from the oceans, then returning to the mainland. The upstream solution is not to use these persistent chemicals in the first place.

We consumers, on the other hand, waiting for a change in production, can start paying attention to the labels, avoiding buying products in which perfluoro, polyfluoro or fluorine are present. However, this does not protect us completely, in fact these ingredients are not always indicated on the package.

Prebiotics have an incredible beneficial effect on our circadian rhythm. I study ❯

add a comment of Pfas are everywhere and their long-term effects are still unknown. The only solution is to stop using them