More and more insects on the plate: the EU also approves the consumption of domestic crickets 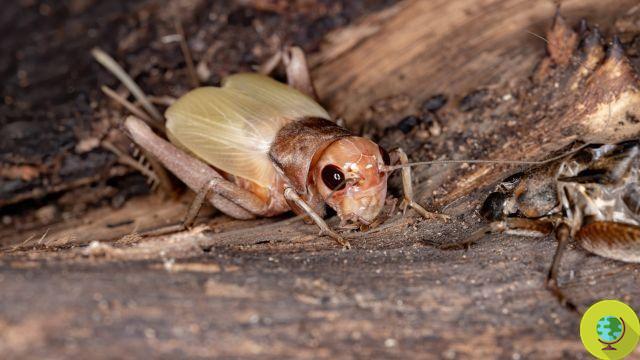 On 10 February, the European Commission authorized the placing on the market of the domestic cricket (Acheta domesticus) for food purposes. It is the third insect to which the EU Commission has given authorization as food, after the approval of mealworms and locusts. We can eat crickets in frozen form or in powder form (flour) as an ingredient for preparations; the domestic cricket can also be marketed as a snack or as part of processed food products.


As the EU Commission explains, the domestic cricket will thus enter the category of novel food, or new food products, not considered food in the European Union before May 15, 1997: in fact, although the consumption of insects is attested in regions of the world outside the borders of Europe, no EU member country has confirmed the consumption of these animals to a significant extent for human consumption. Among the novel foods already approved are not only insects, but also algae, new vegetable proteins (such as those extracted from the azuki bean) and foods so far consumed only in other regions of the world.

Before any novel food is approved for trade by the EU Commission, a rigorous scientific assessment is carried out by the European Food Safety Authority (EFSA) which certifies, in the light of available scientific evidence, that the food does not represent a risk to the safety of human health. Subsequently, the Commission creates a labeling protocol, which is not misleading for the consumer and which provides all nutritional information and the possible presence of allergens.

Novel foods – the @EU_Commission has authorised the marketing of house #crickets (Acheta domesticus) as a novel food in the EU?.

We consumers will be free to choose whether or not to eat this new food which will soon be made available on the market. In any case, EFSA reports that the consumption of insect proteins can cause allergic reactions in subjects with pre-existing allergies to crustaceans, molluscs and dust mites; Furthermore, it is not excluded that any allergens contained in cricket feed (for example gluten) may end up contaminating the final product.

add a comment of More and more insects on the plate: the EU also approves the consumption of domestic crickets